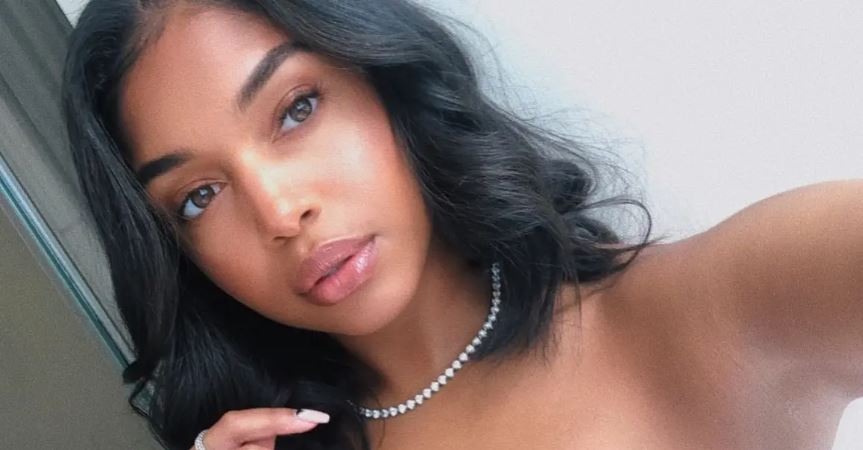 Anyone who follows Lori Harvey knows that Tv personality Steve Harvey is her stepdad. Lori Harvey’s biological father may surprise you.

Model Lori Harvey is best known as Steve Harvey‘s stepdaughter. She’s been modeling since the age of three and has been signed to top model agencies like LA Models and Select Model Management in Europe, according to her IMDB bio.

While Lori is the stepdaughter of Steve, who’s been married to her mother Marjorie Harvey for 12 years now, she makes little mention of any father figure in her life beyond Steve. Which poses the question: who is her biological father?

Who is Lori Harvey’s biological father?

Lori’s mother Marjorie was married to Jim Townsend before marrying Steve. Jim’s name sounds familiar because he was given life in prison after attempting to buy 40 kilos of cocaine to sell, only to be pardoned by former President Barack Obama in 2017.

Jim also was rumored to be writing a tell-all book about his run-ins with the law during his and Marjorie’s marriage. He told RadarOnline “I wrote two-thirds of the book in prison… I’m going…tell my story. It don’t matter [if Marjorie knows about it].”

Jim told RadarOnline that the book would also detail how Marjorie was involved in his crimes, making her liable. Back in the early 90s, the FBI and DEA were also investigating Marjorie, suspecting her of being involved in her husband’s drug ring.

Jim was given the life sentence in 1992, and Lori was born in 1997, meaning it’s not very likely that he could be her biological father. Marjorie apparently split from Jim less than five years into his sentence, around the time that Lori was born.

After getting into a car accident in Malibu on Oct. 20, the model apparently FaceTimed her stepfather to tell him what happened while police arrived on the scene, according to OK! She was arrested but not booked for a misdemeanor hit and run and delaying a police investigation.

After her husband was locked up, Marjorie moved on with another man, who is believed to be Lori’s biological father Donnell Woods, per DreddsInfo.

According to DreddsInfo, Donnell fathered her third child, daughter Lori, in 1997, and they married in 2000 — around the time the FBI started to investigate Donnell for his role in a drug smuggling operation. He was also arrested for drug dealing and is still in prison.

Well, is not confirmed by Majorie if she had Lori Harvey with Donnell Woods. All we can say is whoever her father really is, Lori clearly doesn’t have a relationship with him — but she seems to be close to her stepfather Steve.

Images of Donnell have been difficult to come by. But on November 2020, an alleged picture of him started circulating on social media. And here’s the mugshot of the man who Twitter claims is her father, Donnell Woods: