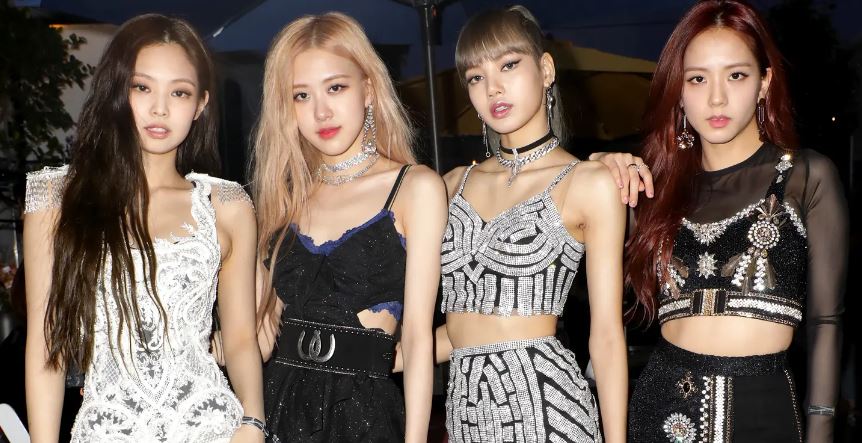 Does any BLACKPINK members have boyfriends right now amid their Management Company’s dating Ban.

In 2017, BLACKPINK confirmed the “dating ban” in an interview on Party People. The girls also revealed that they cannot smoke, drink, go to clubs, or get tattoos or plastic surgery. However, BLACKPINK member Jennie explained that any rule can be broken as long as YG Entertainment’s CEO gives his permission.

BLACKPINK has made a name for themselves in K-pop and their careers are thriving, but what about their personal lives? Does the “dating ban” still apply? Who are the boyfriends, present and past, of the members of BLACKPINK?

Jennie Kim dated South Korean boyband member Kai from EXO. The two reportedly dated from October 2018 to January 2019. SM Entertainment, EXO’s management company, confirmed the couple’s relationship in December 2018 after the two were photographed on a date together.

According to a report by Dispatch, they started their romance when they were both in Paris attending Fashion Week in October 2018. While that was their first public outing, the two may have hinted at a love connection a few weeks prior. Both K-pop stars took photos at the Eiffel Tower and posted them to their Instagram accounts. Jennie captioned her Eiffel Tower photos, “Had the most romantic dinner admiring the eiffel tower #happyjen.”

Unfortunately, by January 2019, the two split up. SM Entertainment confirmed that they were no longer dating. “It is true that Kai and Jennie have recently parted ways,” the company said in a statement. The breakup was reportedly due to conflicting work schedules.

In 2019, rumors spread that Jennie had a romance with former One Direction member Harry Styles, after they followed each other on Instagram. Harry also happened to attend BLACKPINK’s concert in Los Angeles around the same time. Those rumors have since been put to rest and the two remain friends.

But as of 2021, there are reports that Jennie’s dating fellow K-Pop musician G-Dragon. Dispatch has said they have been “secretly dating” and they even have photos of them meeting each other at his Seoul home. The stars both work with the same entertainment company, YG, and they have made a comment to All K-Pop on the relationship allegations saying, “We can’t confirm anything about our artists’ private lives. We ask for your understanding.” That doesn’t sound like a “no” to us!

BLACKPINK fans have dreams of Lisa dating fellow K-pop band BTS’s Jungkook. Both Lisa and Jungkook are the youngest members of their respective singing groups. In a 2018 interview with Arirang Radio, Lisa put those dreams to rest when she revealed that she prefers to date older men.

Other than fans hoping she links up with a member of another K-pop group, Lisa’s love life has been pretty quiet. As far as we know, she is single and abiding by the dating ban set in place by BLACKPINK’s management company.

Reports show that Rosé is currently single and, like Lisa, following the guidelines set in place by their management company to be single and focus on the band. Even though she’s not currently seeing anyone, she did tell Weekly Idol that her dream man is someone nice, polite, and can sing well.

Bandmate Lisa commented on Rosé’s type of man on an episode of JYP’s Party People, where she also revealed that her bandmate likes men who can play the guitar.

Jisoo has said that she has never dated and never been in a serious relationship. Most likely due to the dating band, Jisoo has never been linked to anyone romantically. In a 2016 interview, Jisoo commented how strict YG Entertainment was about dating.

“The first time I met [then-CEO of YG] Yang-Hyun Suk, he asked me, ‘Do you happen to have a boyfriend right now?’ At the time, I was wearing a ring, and he even asked what that ring was,” she explained. “I didn’t have a boyfriend, and it was just a ring.”