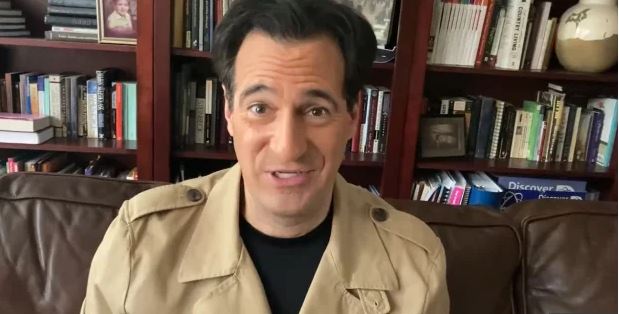 Carl Azuz, former anchor and CNN10 host has confirmed his departure from the company in an official announcement on his TikTok page.

CNN correspondent Carl Azuz has been trending as dead on Twitter – despite being very much alive.

The reason fans are concerned that Azuz has died may be due to his sudden departure from the popular CNN 10 show – a daily news show for students.

Azuz was the anchor of CNN 10 but when new episodes began airing on September 12, fans were shocked to find he had been replaced by Coy Wire.

Fans were quick to speculate that something had happened.

Many tweeted demanding to know “what happened to Carl Azuz?”

The panic appears to have escalated into rumors that the anchor had died and his death began trending on Twitter.

This isn’t the first time that rumors have swirled around Azuz.

On April Fool’s Day this year, someone tweeted that Azuz had been found dead at his home in Georgia.

The tweet included an image of Azuz with the years of his birth and death scrawled across.

Azuz was forced to assure fans he was indeed alive and responded to the tweet: “An excellent reason to check your sources.”

He has not yet responded publicly to rumors of his death.

The departure seems even more surprising after Azuz responded to fans about the return of CNN 10 last month when he tweeted that the network was “revamping several aspects of the show”.

Now they know the journalist is alive, many fans have voiced their disapproval over Azuz’s departure.

“The biggest issue in education today is carl azuz’s sudden and unexplained absence from CNN10,” one fan tweeted.

“I’m not watching CNN 10 until he comes back,” another tweeted.

“Okay @CNN my students are about to riot. Where is our king Carl Azuz? You can’t just take away an icon unannounced,” tweeted another.

“It’s been a day since I learned that Carl Azuz is no longer the anchor of CNN 10 and I am still emotionally recovering,” someone else wrote.

Previously, Azuz worked for the network as a writer and associate producer on CNN International.

He has also served as a contributor on CNN Newsroom.

Azuz graduated from the University of Georgia with a bachelor’s degree in telecommunications arts production.

Click here if the TikTok video does not play.

What did Carl Azuz say about his departure?

On September 20, 2022, amid his departure rumors, Carl Azuz dropped a video on his TikTok page explaining and confirming his exit from CNN10.

Azuz debunked his death and health issue as speculated by some netizens as a death hoax, adding that he is fine.

He extended his love for his fans and all who are concerned and keep him in their prayers.

Carl Azuz who did not review the reason for his departure explained that he will not be part of the CNN10 show anymore after hosting with CNN Student News and CNN10 for over 14 years. Azuz, however, called his audience “the best audience”, adding that they’re the reason his work is so special.

Carl’s video on his TikTok account has garnered over 1.7 million views, 427.4K likes, and 19.6K comments as of the time of this article.