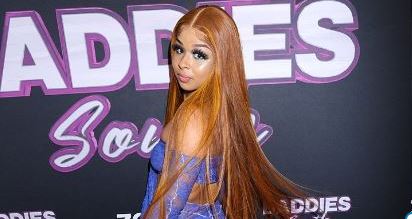 A video has emerged that shows Chrisean Rock used to be a collegiate track and field Star before she became famous and started dating Blueface.

Chrisean Rock has been making controversial headlines for months now over her toxic relationship with rapper Blueface.

She’s sticking with the rapper regardless of the unending drama that one would think she doesn’t have a life outside her relationship with Blueface.

However that’s false, according to reports, Chrisean Rock has been chasing the bag on her own way before dating Blueface. In fact, she used to be fast rising collegiate track and field sprinter back in the days.

A clip from her sprinting days recently surfaced online and it’s got fans reacting. “Boys will really take you off track if you let them,” someone commented on the clip, referencing Chrisean Rock’s shenanigans with Blue.

“She’s so pretty with so much potential,” another user wrote. “I used to see her page all the time when she ran track in High School smh, men will really make you lose yourself.”

“She was so abused by her father and had to take care of her mother and her siblings, she been thru a lot so let’s not entirely blame this on Blueface,” someone else penned.