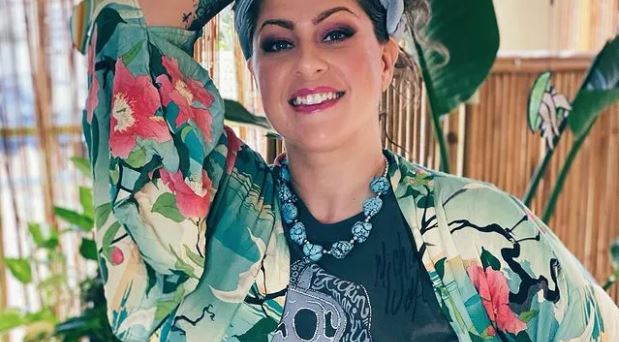 What is Danielle Colby’s net worth? The ‘American Pickers’ star has been married thrice and has two children.

It’s been over a year since fans last saw Danielle Colby be featured on American Pickers.

The 45-year-old has been MIA on all American Pickers-related news; however, reports claim Colby returned to Iowa for two weeks of filming after Frank Fritz was fired from the show.

Before she garnered fame while being featured on American Pickers, Colby lived a modest life with her ex-husband Chad Cushman.

Colby confessed that her marriage with Cushman did not work out because he had difficulty dealing with her newfound fame.

According to Colby, the success that American Pickers gained upon debut took a toll on their marriage, and they ended up separating.

Colby has primary physical custody of her two children.

Did Danielle Colby get engaged?

After her divorce from Robert Strong, Colby eventually married Alexandre De Meyer, a French designer, in 2015.

On July 20, 2021, The Sun reported that Colby quietly divorced Meyer and is now engaged to longtime boyfriend, Jeremy Scheuch.

According to Illinois court documents obtained by The Sun, Colby quietly filed for divorce from her second husband on June 5, 2015.

He also filed a petition for attorney fees.

Danielle is now engaged to boyfriend Jeremy Scheuch, who she has been with for over six years.

She posted their engagement announcement in December 2020: “I did a thing! After almost 6 long years, I finally made an honest man out of my king @jscheuch feel free to head over to Patreon and watch the proposal video for yourself, I actually proposed to him on my birthday while we were filming my birthday burlesque show!

“I put a cute little clip up on Patreon for everybody to see for free. Come celebrate our ridiculous stupid outrageous over the top love with us feel free to leave a nice little message of support or if you have any questions, I’ll do my best to answer them on my Patreon. Long live love f**k everything else.”

What is Danielle Colby’s net worth?

According to Celebrity Net Worth, Colby has amassed a $1.5million fortune, stemming from her time on American Pickers.