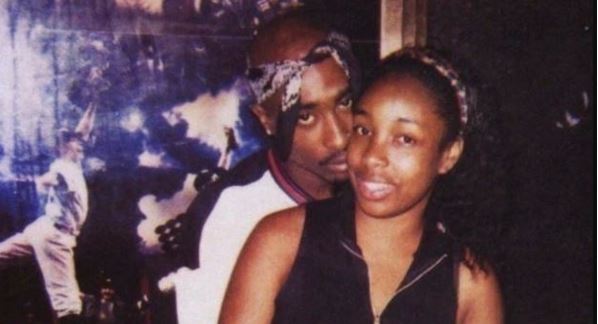 Who is Tupac’s Daughter’s mother? Who did Tupac marry? Everything about the family and personal life of Tupac Shakur.

Tupac, popularly known by his stage name 2Pac, is considered to be one of the greatest artists of his era, selling millions of albums long after his death in Las Vegas.

Tupac was an American rapper who embodied ’90s gangsta rap and became an icon after his death.

He is one of the top-selling rappers of all time and has sold 75 million albums to date.

Legendary rapper Tupac Shakur was married a year before he died on September 13, 1996.

The legendary New York rapper had been shot in the hand, pelvis, and chest after watching a Mike Tyson boxing match at the MGM Grand Hotel in Las Vegas.

The hospital was able to keep him breathing using a life-support machine, but his mother eventually told his carers to turn it off.

Tupac was never coming back.

Its been reported that Tupac had a daughter, and other kids elsewhere from his relationship with his wife and his girlfriends. So, who did 2pac marry and how many kids does he have?

Who did Tupac marry?

On April 29, 1995, Tupac married girlfriend Keisha Morris at Clinton Correctional Facility. He was serving time for a sexual abuse conviction.

Where is his wife today?

Keisha and Tupac met at a nightclub the year before he was incarcerated when she was 20 years old.

“We were dancing, and we spoke briefly. He was going through something legally at the time, and I told him to just be careful of the people he’s around and that I hope everything works out,” Morris told XXL magazine.

“I saw him a month later at the Tunnel [another nightclub], and he remembered the whole conversation…He gave me his number, and I gave him my house number. The next day, I had to go to work…and he called me when I got home. We started talking from that day on.

When Tupac was released in 1995, their marriage was annulled.

At the time of his death, Tupac was in a relationship with Kidada Jones, the daughter of music mogul Quincy Jones and sister of actress Rashida Jones.

“Tupac was the love of my life,” Kadida stated in her father’s autobiography. “He and I lived together for four months and then he was murdered…It was the most horrible thing that ever happened to me.”

Since her marriage to Tupac ended, Keisha went on to study criminal justice at John Jay College.

She’s worked to address race and inequality issues in the criminal justice system.

Today, Keisha has two children of her own according to Cheatsheet.

Did Tupac have children?

Tupac and his wife Keisha had planned to have kids, but the pair split before he died.

“When we got married Tupac said he wanted to have kids his publicist and our close friend Karen Lee, were shocked to see how much Tupac had changed. She had never heard him talking about marriage or children,” she told Source magazine.

“Tupac picked out names he wanted to move to Arizona and name our Daughter Star and our son Michelangelo. I liked Star but not Michelangelo, we tried to have kids but the weed that Tupac smoked affected us. Tupac also had visions of our future.”

Although it was never confirmed that the rapper had children beyond his marriage to Keisha, fans have thought that he may have secretly had kids.

“I’m sure he did have children with someone I remember a story before he died about a woman who was pregnant saying he was the dad,” a fan purported on Quora.

Other sources reveal Jaycee Shakur is Tupac’s one and only daughter. She puts her whole life on hold, for one reason and one reason only.

Did Tupac Shakur have a girlfriend?

One of the last people to speak to the rapper before he entered a coma was his fiancée Kidada Jones, according to Vanity Fair.

The couple’s romance had become a big part of the rapper’s life in his final months.

“Tupac was the love of my life,” Kidada wrote in her father’s autobiography. “He and I lived together for four months and then he was murdered in Las Vegas in 1996.

“It was the most horrible thing that ever happened to me.”

On the night of Tupac’s death, Kidada was in the couple’s hotel room when she received the call.

She was handed his blood-stained clothes at the hospital and told her fiancé had lost all blood pressure on arrival.

Tupac nodded, convulsed, and fell into a final coma.

Kidada later wrote in her father’s autobiography: “I knew we should’ve never gone to Vegas that night. I had a horrible feeling about it.

“It was the worst possible thing that could’ve happened – I still to this day don’t know who shot him.”

Kidada and Tupac’s relationship had started in an unusual way.

Tupac had actually criticised Kidada’s father in a 1993 interview for Source Magazine, claiming he had messed his kids up by only having sex with white women, according to the Washington Post.

The whole family was understandably annoyed, but when Tupac and Kidada met in a club, Tupac apologises and the pair started dating.

Despite always being very open about her love for the late rapper, Pinkett Smith has maintained that they were never more than extremely close friends.

The two met at the Baltimore School for the Arts in the 1980s and became close.

“I know that most people want to always connect it in this romance thing, but that’s just because they don’t have the story,” Pinkett Smith said of her relationship with Shakur in a 2017 interview with Sirius XM host Sway Calloway.

In 2018, she called their connection “precious” and admitted that they kissed before but didn’t enjoy it.

“You know, it’s so funny because now being older, I have more of an understanding of what that was between us,” she said per Pop Sugar.

“When you have two young people that have very strong feelings, but there was no physical chemistry between us at all, and it wasn’t even just for me—it was him too,” she explained.

“There was a time when I was like, ‘Just kiss me! Let’s just see how this goes,’ and when I tell you it had to be the most disgusting kiss for us both.”

Smith continued in his candid memoir: “Pac was like Harry—he triggered the perception of myself as a coward. I hated that I wasn’t what he was in the world, and I suffered raging jealousy: I wanted Jada to look at me like that.”

He added: “If she chose me over Tupac, there was no way I could be a coward. I have rarely felt more validated. I was in a room with Tupac on multiple occasions, but I never spoke to him. The way Jada loved ‘Pac rendered me incapable of being friends with him. I was too immature.

Opening up about their open marriage earlier this year, Smith told GQ: “Jada never believed in a conventional marriage. Jada had family members that had an unconventional relationship. So she grew up in a way that was very different than how I grew up.