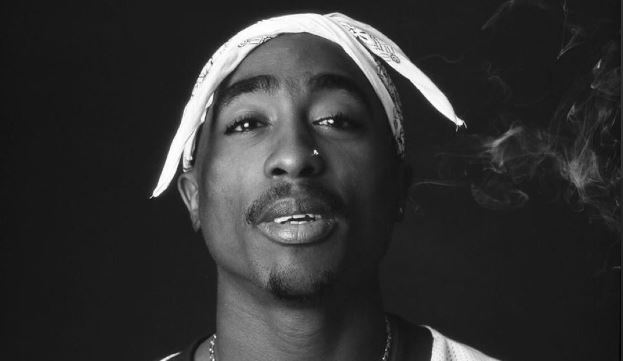 Who shot Tupac Shakur? The rapper died at the age of 25 after being shot four times. Here’s all about his death.

Tupac, popularly known by his stage name 2Pac alias Makaveli, is considered to be one of the greatest artists and actors of his era, selling millions of albums long after his death in Las Vegas.

He is considered one of the most influential rappers of all time. Tupac’s work throughout his life focused on addressing the contemporary social issues which plagued the communities he lived in from his early days in New York to Baltimore and eventually, Los Angeles. As the son of Black Panther activists, he became widely regarded as a symbol of activism against inequality in his own right.

Tupac was an American rapper who embodied ’90s gangsta rap and became an icon after his death.

He is one of the top-selling rappers of all time and has sold 75 million albums to date.

Before his untimely death, Tupac began acting in several popular films like Poetic Justice, Juice, and Above the Rim. We question if he had not been a victim of the violence he often rapped about if he could have been an even bigger talent onscreen than he was in music.

Despite the old tales that Shakur may be hiding out overseas, fans will never know if he could have lived up to the potential many film directors, music executives and his industry peers saw for him. 25 years later, fans recognize the work he’s left behind across social media platforms.

Legendary rapper Tupac Shakur was married a year before he died on September 13, 1996, to Keisha Morris. He was rumored to have fathered a daughter named Jaycee Shakur. Tupac Shakur was born on June 16, 1971, in Harlem, and died 26 years ago aged only 25. He would have been 51 years old on June 16, 2022.

The legendary New York rapper had been shot four times in the hand, pelvis, and chest after watching a Mike Tyson boxing match at the MGM Grand Hotel in Las Vegas. The hospital was able to keep him breathing using a life-support machine, but his mother eventually told his carers to turn it off. So, who killed Tupac Shakur, and what were his last words?

How did Tupac die?

Tupac was murdered in a drive-by shooting on September 13, 1996.

He was gunned down at a Las Vegas intersection by a shooter in a white Cadillac with four passengers.

The rapper was shot four times, in the chest, arm, and thigh, and died of his injuries six days later in hospital after slipping into a coma.

The renowned musician was only 25 years old when he died.

There are conspiracy theories that the rapper may still be alive.

In his documentary “2Pac: The Great Escape From UMC”, filmmaker Rick Boss purports that Shakur escaped from University Medical Center in Las Vegas after he was shot in a drive-by.

Who shot Tupac to death? It was alleged that Orlando Anderson shot the rapper. Compton gangster Keffe D Davis has since boasted about his alleged role in the murder, detailing how he and his nephew Orlando “Baby Lane” Anderson shot Tupac before fleeing the scene.

Davis wrote that he got a gun to murder Tupac as revenge for Pac beating up Anderson after a Mike Tyson fight at the MGM Grand in September 1996.

Cops believed “gangbanger” Anderson was responsible but police paperwork revealed they are actively looking for “suspects.”

Anderson always denied the killing and was never charged before his death in a Compton shoot-out two years later.

Tupac’s Last Words Before He Died

Tupac’s last words to his friend Suge Knight were “you the one they shot in the head – you shot in the head” because he thought the Death Row Records boss had been injured.

One of the last people to speak to the rapper before he entered a coma was his fiancée Kidada Jones, according to Vanity Fair. The couple’s romance had become a big part of the rapper’s life in his final months.

“Tupac was the love of my life,” Kidada wrote in her father’s autobiography. “He and I lived together for four months and then he was murdered in Las Vegas in 1996.

“It was the most horrible thing that ever happened to me.”

On the night of Tupac’s death, Kidada was in the couple’s hotel room when she received the call.

She was handed his blood-stained clothes at the hospital and told her fiancé had lost all blood pressure on arrival.

Tupac nodded, convulsed, and fell into a final coma.

Kidada later wrote in her father’s autobiography: “I knew we should’ve never gone to Vegas that night. I had a horrible feeling about it.

“It was the worst possible thing that could’ve happened – I still to this day don’t know who shot him.”

Kidada and Tupac’s relationship had started in an unusual way.

Tupac had actually criticised Kidada’s father in a 1993 interview for Source Magazine, claiming he had messed his kids up by only having sex with white women, according to the Washington Post.

The whole family was understandably annoyed, but when Tupac and Kidada met in a club, Tupac apologises and the pair started dating.