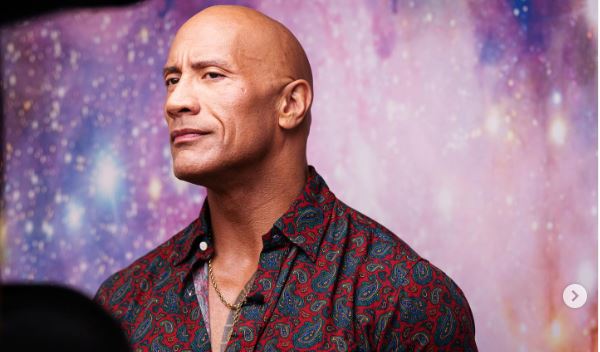 Dwayne Johnson broke his silence on the idea of a presidential run.

Dwayne Johnson wears a lot of hats. The global star is preparing for the release of his newest film, Black Adam, which, if history teaches us anything, will probably be a hit. He also just recently starred as a dog in DC League Of Super Pets across from Kevin Hart. And of course, he’s always got his foot in the WWE game.

But there’s one thing it seems the Rock isn’t prepared to do. In a recent interview with CBS Sunday Morning, Johnson was asked about his thoughts on a presidential run. The actor was quick to shut the idea down.

“It’s off the table,” Johnson said when asked if he was considering a run for the White House. He elaborated: “I will say this ’cause it requires a B-side: I love our country and everyone in it. I also love being a daddy. And that’s the most important thing to me– is being a daddy. Number one, especially during this time, this critical time in my daughters’ lives.”

The question was likely raised because the actor is so beloved by many of his fellow countrymen. In one poll, a whopping 46% of Americans said they would likely support the Rock if he were to run for the top spot in US government.

But even with all that encouragement, the Central Intelligence star doesn’t seem to be budging on the question. Throughout the interview, he stressed how important it was that he was in his daughter’s lives, something he would have to sacrifice if he were to go for Commander In Chief.

“I know what it was like to be on the road and be so busy that I was absent for a lot of years in my first daughter’s [life],” Rock said. “Growing up in this critical age at this critical time in their life… My number one priority is my daughters.”