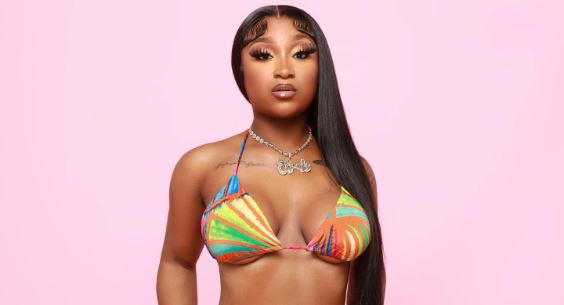 Erica Banks debuts a new rapper boyfriend in a hot IG photo. The “Buss It” rapper shared her love for Memphis emcee with new IG pics.

Erica Banks is off the market. On Friday, the 22-year-old rapper took to social media to make things Instagram official, revealing that she’s in a relationship with Tennessee rapper Finesse2Tymes.

Although Banks is usually an open book when it comes to her fans, she didn’t share much about the new relationship. She posted a slew of photos of herself holding her new beau’s neck as he clung tightly to her waist. “2X [green heart],” she captioned the pic.

After being released from prison in July, Finesse has been getting back to the music and the bag. He recently penned a heartfelt message about being back home, sharing, “Sense July 1st the day I got release sh**** been crazy , Everyday been a movie, I knew what was about to happen, But shyt getting crazy crazy crazy , Yaw can’t even imagine.” In a slide of photos of himself alongside some of hip hop’s biggest young stars, including Lil Baby and Christian Combs, the 2X continued,  I thank everybody who here for me , (Genuinely) and not just for money or clout. This means more to me than just money, And fame. This sh** for the future.”

Aside from finding love, Erica Banks has been working hard to shake off the comparisons to Megan Thee Stallion. The 1501 Certified Entertainment recently shut down accusations that she’s trying to bite Meg’s style, tweeting, “Erica Banks this & Erica Banks that. If y’all would just pull my dick out y’all mouth for a second y’all would probably realize that yall be sounding crazy. Stop being messy, yall been trynna knock me down for 2 years & I’m still relevant. let it go, I’m here to stay Stink.”

Check out more photos of Finesse 2X below.