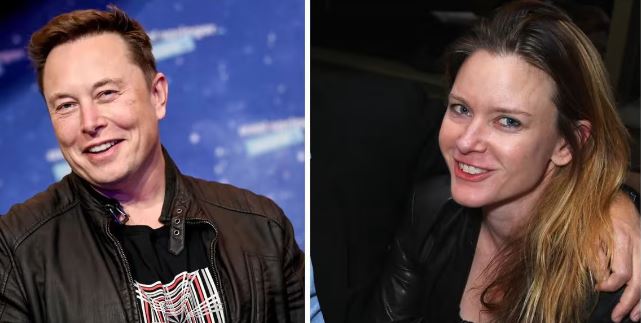 Elon Musk and Justine Wilson first met when they were both students at Queen’s University in Ontario, Canada. But did Elon have it easy? Read on to find out more about how they got married.

Now that one of the kids Elon Musk had with Justine Wilson transitioned to become a woman and legally changed their name to Vivian Jenna Wilson, many took to the internet to learn more about Musk’s ex-wife.

In this article, you will learn about who Justine Wilson is, her relationship with Elon Musk, how they first met, and how old she is now.

Elon Musk first met Jennifer Justine Wilson when they were both students at Queen’s University in Ontario, Canada. At the time, Wilson was an aspiring writer going through her first year of college. In 2010, Justine revealed in a Marie Claire essay that she wasn’t interested in Elon and declined his offer to go on a date.

After pursuing her several times, she finally agreed to go on a date, and after falling in love, they began an on-and-off relationship. After almost a decade, they got married.

She recalls how he approached her one afternoon outside her dorm and then asked her out for ice cream. While she agreed to the date, Justine later decided to blow him off in favor of studying. Despite this, Elon showed up, “smiling awkwardly, two chocolate-chip ice cream cones dripping down his hands. He’s not a man who takes no for an answer. ”Save” I Was a Starter Wife”: Inside America’s Messiest Divorce, Marie Claire Magazine: Justine Musk Interview on Divorce from PayPal Founder Elon Musk.

Elon and Wilson got married in January 2000

Elon Musk and Justine initially met at Queen’s University when they were both students. Musk is said to have fallen in love with Justine after seeing her on campus. However, when Musk began courting Justine and inviting her on dates, she was skeptical. Later, Justine eventually caved in due to his persistent nature.

The now-divorced pair went on a few dates before Justine chose to go to Japan, ending their relationship. However, when she returned to Canada, the couple reconnected. According to Justine, Musk was very romantic at the time. Elon Musk even gave her his credit card on one of their dates and told her to buy as many books as she likes.

After a few months of living together in Silicon Valley, Justine suggested that they get married. Musk agreed, and the two married in the year 2000.

Justine Wilson wanted to become a writer, a career far from Elon’s world of science and numbers, and on one of their dates, she told him: “One day, I want my own books to go right there”. This ambitious passion further drew Elon to Justine, leading him to tell her that “. After Justine obtained her degree in English Literature, she left for Japan to teach English as a Second Language for a year. By that time, she and Elon had gone their separate ways.

But that was far from the end of their relationship. Elon and Justine eventually reconnected. Elon was more successful by this time, and one of the ways he wooed Justine was by giving her his credit card so that she could buy as many books as she wanted. “No man could have said anything sweeter”, she recalls.

How many children do Elon Musk and Justine Wilson have?

In total, Elon Musk and Justine Wilson have six children but have lost one making their number of kids now 5.

In 2002 the pair welcomed Nevada Alexander, but after ten days, the baby passed away due to SIDS (sudden infant death syndrome). After the tragic event, Wilson wanted to get pregnant and underwent IVF treatment, successfully giving birth to twins Vivian (then named Xavier) and Griffin and triplets Kai, Saxon, and Damian.

After nine years of marriage, Wilson decided to call it quits, alleging she felt like “an employee” and “trophy wife,” as South China Morning Post reported. After trying marriage counseling, the Tesla CEO served her with divorce papers.

While she was married to Musk, Wilson worked as a writer and published several books, including a 205 fantasy novel BloodAngel and the 2007 book, Uninvited. In 2008, the same year they divorced, she released the sequel to BloodAngel, Lord of Bones.