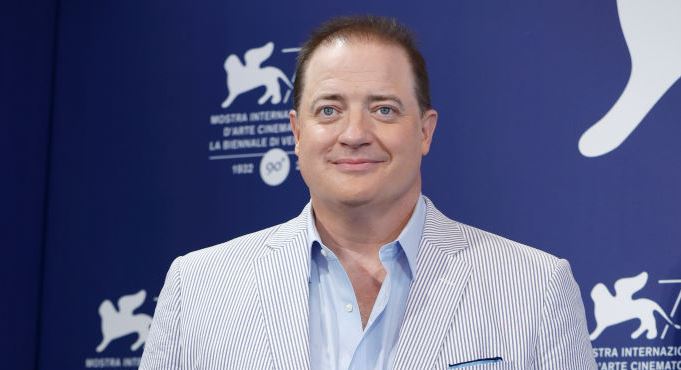 “The Mummy” star plays a 600-pound man in Darren Aronofsky’s latest flick, which premiered at the Venice Film Festival yesterday.

Brendan Fraser has starred in plenty of action-packed adventure films over the years, from The Mummy franchise to George of the Jungle and Journey to the Center of the Earth. As he gets older, though, the 53-year-old has been challenging himself with his work, most recently taking on the role of a 600-pound man in Darren Aronofsky’s The Whale.

The psychological drama tells the story of Charlie, a reclusive English teacher who is battling severe obesity while attempting to reconnect with his estranged teenage daughter.

While attending the project’s premiere in Italy at the Venice Film Festival on Sunday (September 4), Fraser spoke at a press conference about what this character taught him – particularly about people who are living in obese bodies.

“It gave me an appreciation for those whose bodies are similar,” the 53-year-old said. “I learned that you need to be an incredibly strong person, physically, mentally, to inhabit that being.”

Speaking about the upcoming film specifically, Fraser explained, “Charlie’s physical mobility is limited to his home space, which is his couch. His story is told behind closed doors. He’s a light in a dark space. I think it’s poetic that the trauma he carries is manifest in the physical weight of his body.”

“I needed to learn to absolutely move in a new way. I developed muscles I did not know I had. I even felt a sense of vertigo at the end of the day when all the appliances were removed, as you’d feel stepping off a boat on to the dock here in Venice,” the actor added.

Fraser wore a cumbersome costume to complete his transformation into Charlie, admitting that he struggled wearing it on set, and was left feeling odd after taking it off at the end of the day.

As Daily Mail notes, several Twitter users in attendance at the premiere have revealed that the Indiana native’s performance left several audience members in tears, and of course, he earned a massive round of applause for his work.

The Whale is Fraser’s first lead role since 2013, when he starred in the straight-to-DVD thriller, Breakout; many fans are hoping this will be the father of three’s comeback to Hollywood.

Check out a photo of Charlie below,

What is Brendan Fraser’s Net Worth and Salary?

Brendan Fraser is an American-Canadian actor and producer who has a net worth of $20 million dollars, according to Celebrity Net Worth. Fraser earned his net worth from a successful film career dating back to the 1990s. With more than 70 acting credits to his name, he is best known for his roles in “The Mummy” franchise, “George of the Jungle,” “Encino Man,” and “Dudley Do-Right” as well as a memorable 3-episode arc on the NBC series “Scrubs.” Brendan also appeared in the award-winning films “Crash” and “The Quiet American.”

What is Brendan Fraser’s Salary per movie?

In a March 2013 court case, Fraser asked to have his alimony payments reduced due to the fact that he was losing $87,000 every month thanks to alimony, mortgages, and various other expenses.

He claimed that he was no longer earning the mega-millions that came at the height of his fame and listed his assets at $25 million and his monthly income at $205,704.

He also said that he earned around $26,000 per month from investment income and had to pay $113,000 in “professional expenses” (lawyers, managers, agents).

His annual alimony and child support payments totaled $900,000, and his ex-wife accused him of hiding assets. The terms of the divorce allowed Brendan to reduce his alimony only if his annual earnings dipped below $3 million, which at the time had not happened.