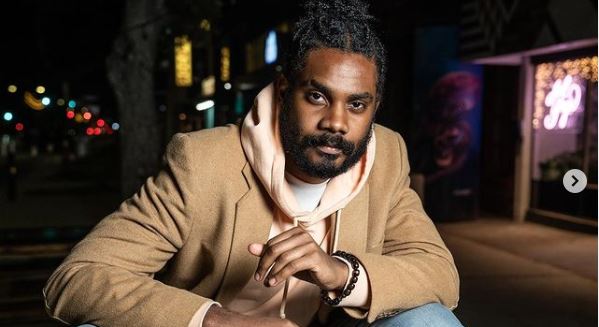 What is Myke Wright’s net worth? Biography fun facts about Lizzo’s new boyfriend – his age, height, movies, and more.

For Lizzo, her entire brand revolves around self-empowerment, self-satisfaction, and most importantly, self-love. But now, the music artist has shown the world that you can have all of that, and a beau too.

Confirming her relationship in a SiriusXM Radio series with Andy Cohen back in April, the “Truth Hurts” singer has since made said romance red carpet official by going public with her partner, Myke Wright.

Following a public appearance on her 34th birthday, the pair arrived together at an event for her Amazon Prime TV series, Watch Out For The Big Grrrls.”Ima boss ass bitch,” Lizzo captioned the images she posted of the pair, which included her wearing a fluorescent pink party dress with coordinating tights and gloves.

Taking their relationship Instagram official as well, the carousel included images of the “About Time” musician attending the premiere alongside Wright, with an image of Lizzo’s hand sitting on top of Wright’s, sporting a diamond, flower ring on that finger. At the time of writing, the YITTY shapewear founder is yet to confirm whether she’s just made an engagement announcement or if it’s nothing more than a jewelry choice.

But, after sharing some seriously loved-up images together, the world has become perplexed, wondering exactly who her new beau is.

So, we’ve taken a deep dive to find out everything you might like to know about Myke Wright and his relationship with Lizzo.

Who is Myke Wright?

Myke Wright is an American stand-up comedian, actor, artist, photographer, and businessman. He gained fame for being a celebrity partner after news broke that he was dating Grammy winner Lizzo.

How old is Myke Wright?

Myke is originally from Detroit, Michigan, United States. According to VoyageLA, Wright grew up on Detroit’s Westside. After “juggling music, video production, and attending Art College,” per the publication, he eventually decided to move to Los Angeles in 2012 to pursue a career as a standup comedian.

Who are Myke Wright’s parents and does he have siblings?

As per online sources, Myke is a talented guy. He was born into a well-settled family on Tuesday 9, 1987. He is a native of Detroit.

Any information regarding his parents, family, and siblings is not known at the moment. However, in an interview, Myke disclosed that his parents are very supportive of his career.

Whilst his parents’ names are not known, it is revealed that his father is an entrepreneur and his mother is a homemaker.

How tall is Myke Wright?

Some of his movies are

Who is Myke Wright dating now?

Lizzo and Myke Wright are seriously in a relationship. They have been linked since 2021.

Lizzo and Wright sparked romance rumors when they were spotted having dinner together in L.A. on Valentine’s Day, but they were linked sometime before that. In October 2021, Lizzo and her beau were spotted at Crustacean Beverly Hills together.

A month after the singer made her relationship with boyfriend Myke Wright Instagram official, Lizzo shared more details about their romance, including why she believes their bond is so special.

“I have the most genuine people around me,” Lizzo, whose real name is Melissa Jefferson, said in a July 15 interview with The Breakfast Club. “They don’t give a s–t about ‘Lizzo’ with the chain on. They care about ‘Melissa’, and everyone I’m close with has known me before all of this happened and I think that’s important.”

“Even the man I’m with, he knew me before all of this too. We were friends,” she added. “It hit different when they knew you before 2019”.

After stepping out together for her 34th birthday in West Hollywood, the pair hit their first red carpet together on June 4 as they attended the FYC event for her Amazon Prime Video series, Watch Out for the Big Grrrls.

The series of photos also included Lizzo cuddling up to Wright on the carpet, as well as a photo of her hand on his that happened to show off some of her jewelry for the evening.

Myke has built an impressive career

He’s a comedian: For most, we now know Myke as being Lizzo’s partner, but what many may not know is that he is a full-time stand-up comedian and actor. According to his IMDb page, he has previously appeared on Adam Devine’s House Party and Laughs, as well as How To Be A Grown-Up, Doubting Thomas and the short film, Tell Me What You Want To Know About Cyrus.

He’s a musician: Sharing Lizzo’s love of music, Myke was previously a member of two different bands. Back in high school, he created a rock band called The Grey Level, alongside three of his best friends. And later, she started an alternative hip hop group called Phresh Heir, according to his interview with VoyageLA.

Businessman and an entrepreneur: But that’s not all Myke has established in his career. Alongside his success as a standup comedian and his talents as a musician, he is also a fashion designer. Contributing designs to EMLE, a Detroit-based luxury clothing brand, he has also founded his own company called ümi, which focuses on “improving the quality of human life through products and experience”.”My mother would always tell me ‘Make your life more than just long’. I really took that to heart,” he told the publication. “ümi is about getting all brightest minds together and forming material solutions for the problems humans face.”

What is Myke Wright’s net worth?

Lizzo’s boyfriend, Myke is a fashion designer alongside being a comedian, a musician, an actor, and a photographer. He is estimated to be around $1-1.2 million.