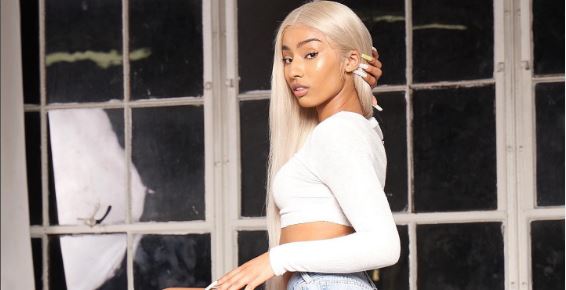 Rubi quoted the popular song, “Munch,” in her caption.

At this point, Rubi Rose has become notorious for posting provocative pictures across social media. The 24-year-old has had no problem sharing her body with her three million Instagram followers. Such physique has kept her trending on different platforms as well as allowed her to garner attention from numerous people in the industry.

In her latest post, Rubi seemingly shouted out up-and-coming artist, Ice Spice. Her song “Munch” has been trending on TikTok for a while now, and Rubi decided to use her popular line in her caption. She wrote, “You thot I was feelin u?” on the carousel that has already gotten over 640,000 likes.

In the pictures, the Lexington, Kentucky native was seen posing in the mirror. She flipped her phone’s front camera upside down to snap the images of her wearing a black, two-piece set. Her top was long-sleeved with gloves that covered her fingers. While it was supposed to cover her chest, Rubi pulled it down, exposing her upper body– but, she covered it with pixels. As for her bottom half, her bikini area was covered, but she still used pixels on top of it.

Additionally, the rapper sported a gray hairstyle, equipped with two ponytails and bangs. To accessorize, she wore a diamond necklace along with a diamond ring.

Her comments were filled with hype from thousands of fans and supporters. Of those people, Ice Spice chimed in– after all, she was mentioned in the caption. She wrote, “im the munch,” followed by heart-eye emojis.

What is Rubi Rose’s net worth?

Rubi Rose is an American Rapper, Singer, Music Producer, Model, Social Media Influencer, Content Creator, and Entrepreneur. She currently has a net worth of over $2.5 million.

The “He In His Feelings” rapper Rubi Rose has a record deal with L.A. Reid’s Hitco Entertainment, but her OnlyFans account might turn rap into nothing more than a side hustle. Just days after launching her page on the subscription service, Rose revealed in 2020 she’s made over $22,000 through the membership platform.

She moved on to making $100K in 2 days and now makes millions.

In an interview with Revolt, she revealed that she’s made over $1 million from OnlyFans while addressing her fans on plastic surgery and her dating life.