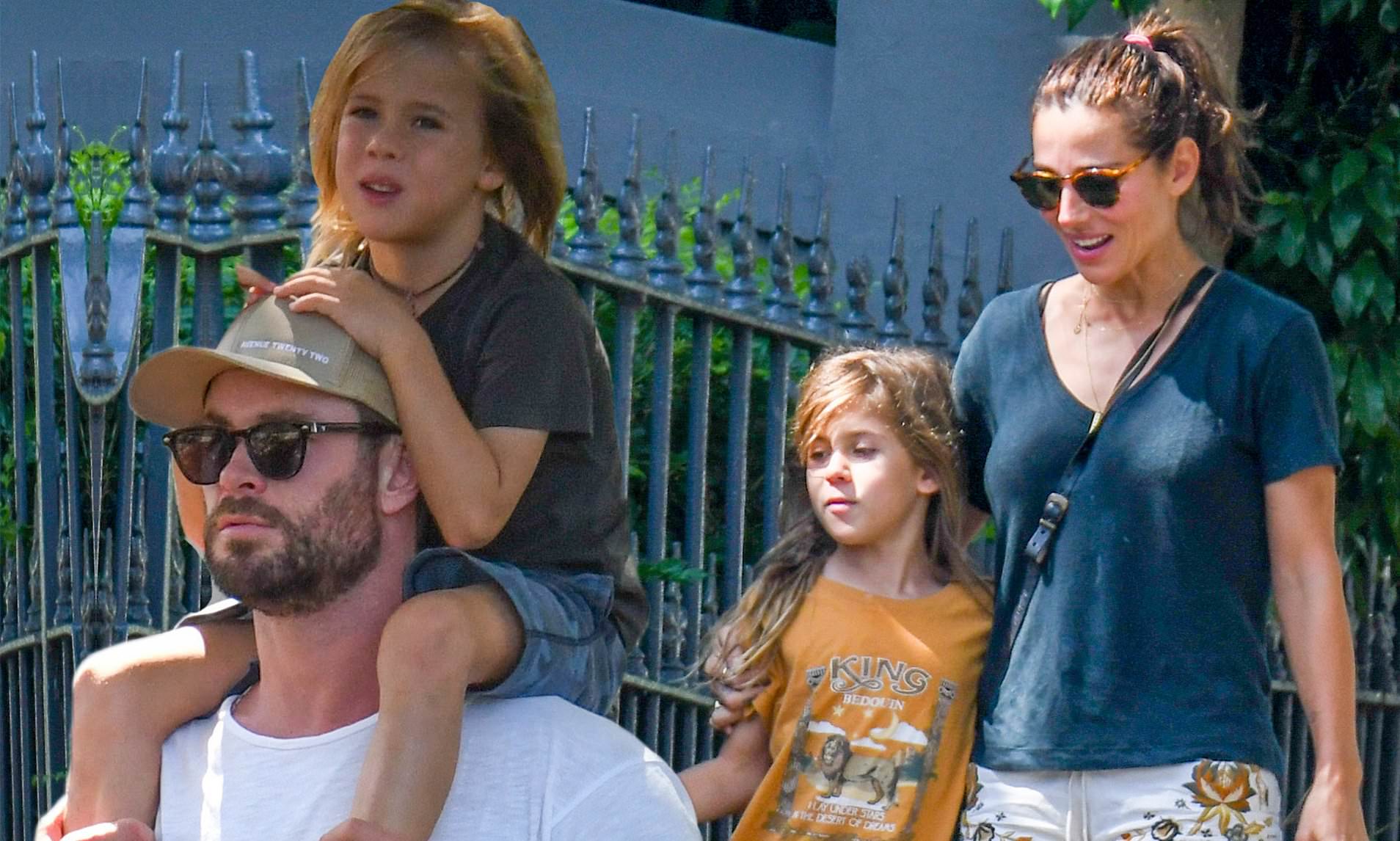 Chris Hemsworth and wife Elsa Pataky’s daughter, India Rose Hemsworth is in Thor: Love and Thunder. She was the daughter of Gorr. Find out more about her age and her real-life parents.

The actor’s real-life daughter India plays Christian Bale‘s daughter in the film, later revealed to be a character named “Love.” (Together, she and Thor make up the titular Love and Thunder.) Hemsworth’s two twin sons Tristan and Sasha also appear in the film, with one of them playing young Thor in a flashback scene. Hemsworth’s real-life wife, Elsa Pataky, can also be glimpsed in an early scene where Thor makes out with a wolf woman.

But one thing that is revealed in the film is Gorr’s daughter.

Who is Gorr’s daughter in Thor?

The opening scene of Thor: Love And Thunder gives us the origin story of Gorr as he copes with the death of his daughter.

While we don’t know for sure her name, she is referred to as Love.

Later in the film, Gorr uses his wish from Eternity to revive Love.

Before he dies shortly after, he asks Thor to take care of her.

In the final moments of the film, we see Thor living life with Gorr’s daughter before they go into battle – fans then see Love showcase the ability to fire lasers from her eyes.

The fact that Thor looks after her, is a departure from the Marvel comics.

Now you may be wondering who plays the daughter character, and for Love And Thunder, Thor leading man Chris Hemsworth decided to keep it in the family.

What Bale said about India’s role

During EW’s Around the Table interview with the Love and Thunder cast, Bale opened up about acting opposite Hemsworth’s daughter, saying he saw firsthand “what a good dad” the actor is.

“One of the memorable bits for me was working with India, with Chris’s little girl,” Bale explains. “She was so magnificent in it. But it was also so cute seeing your relationship, and her having to be like, ‘Who’s this weird bald bloke who’s all covered in scars and crying over [me]?’ [I saw] what a good dad you are, gently coaxing her through it, like, ‘No, just stay there. I know he’s a bit disgusting, but just stay there.'”

Bale also looked back to one of the movie’s biggest scenes, where Gorr had Thor, Jane, and Valkyrie tied up and gagged in the Shadow Realm. After joking about feeling “like a demented nun,” he shared his hopes that this moment didn’t take anything away from the overall results of Thor 4:

“I think it was three days of you guys all being gagged, and I think the actual writing was like that (small), and then I must have done that (big), so I kept on going and you were shouting things at me and I was coming up with stuff and acting. I felt like a demented nun or something.

All I could see was your eyes, and I was just going ‘Oh my god,’ are they looking at me going ‘Oh, s***, this is the worst thing ever!’ Because no one can respond to me. And then I did also notice that none of that ended up in the film, so I think that must have been the answer, it was the worst thing! But it was a nice little trial by fire, I’ve seen what works.”

Who are India Hemsworth’s parents?

India Rose Hemsworth was known in Thor as Love’s real-life parents Chris Hemsworth and Elsa Pataky. Her parents are also actors and are widely known in the world.

He originally auditioned for the role of Robbie Hunter, but he was turned down by producers and the role went to Jason Smith.

Chris then asked to return and try out for the role of Kim Hyde – and he won it.

After leaving Summer Bay he has gone on to have a glittering Hollywood career, starring in a string of big-budget blockbusters.

Most famously, she is known for her role as Elena in the Fast And Furious franchise.

Acting since 1997, she has also starred in Snakes On A Plane, Giallo, and Give ‘Em Hell, Malone.

The lucky lady married Chris in 2010, and they have lived happily ever after, ever since.

Why is her name India Rose Hemsworth?

India Rose Hemsworth was born on May 11, 2012, and is the eldest of Chris and Elsa’s three children, which also includes twin sons Sasha and Tristan, born in 2014.

The pair chose the name as a homage to India itself, which holds a special place in both Chris and Elsa’s hearts.

Hemsworth opened up in 2018 that Pataky is part of the reason they named their daughter India.

“My wife spent lot of time in India and that was where the name originally came from,” he said in an interview with IANS. “I love the place and the people. Shooting there… There were thousands of people on the streets every day and I have never experienced that on set. It was sort of intimidating as it was exciting because there were so many people.”

In the same year, Pataky opened up about her relationship with Hemsworth to Vogue Australia and admitted the two rushed a lot of their relationship but have made it work.

“We did everything very quickly – I don’t know how we survived as a couple,” she said. “We were married and then a year after we had kids. It puts a lot of pressure on a marriage, but we came out good because there is a lot of love between us and we are very strong personalities but love each other so much. We make it work.”

Chris Hemsworth has often brought his family in to help with some minor roles in his Marvel movies, including his wife Elsa Pataky appearing in three of the four Thor solo movies to date. Now, with his kids getting a little older, it’s great to see him being such a supportive father and allowing them to have the opportunity for a few minutes of shine in the latest MCU blockbuster.

Hemsworth’s daughter got a particularly fun role to play as Gorr the God Butcher’s child, who wound up being under Thor’s care by the time the credits began rolling.

Seeing the chemistry between Chris and India hit fans right in the heart, especially among so many other deeply emotional moments throughout the plot. It was clear that the entire Hemsworth family enjoyed this opportunity immensely, and while Love’s role in the MCU’s future is a mystery, India made the most of her time working with her dad.

Who else was featured with the family?

So far, Chris Hemsworth’s daughter India played Christian Bale‘s daughter in the film, later revealed to be a character named “Love.” (Together, she and Thor make up the titular Love and Thunder.) Hemsworth’s two twin sons Tristan and Sasha also appear in the film, with one of them playing young Thor in a flashback scene. Hemsworth’s real-life wife, Elsa Pataky, can also be glimpsed in an early scene where Thor makes out with a wolf woman.

Hemsworth isn’t the only actor who brought his kids to set, either. Marvel has confirmed that Natalie Portman’s children, Bale’s kids, and one of Waititi’s daughters are also featured in the film.