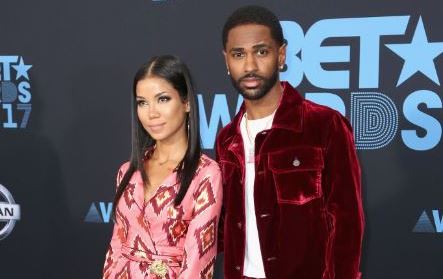 Rumors have it that Jhene Aiko and Big Sean are expecting their first child together after a fan spotted her with a baby bump.

A new Twenty88 album may not be all that Big Sean and Jhené Aiko have been cooking up together as of late. Rumour has it that the “Sativa” songstress is expecting her first child with her long-time partner, though the couple has yet to directly confirm the news themselves.

Earlier this week, a Twitter user shared, “I [just] saw Jhené Aiko and Big Sean at Whole Foods and she’s very pregnant. [I know that’s right] Sean,” and though the tweet itself didn’t garner much attention, it’s been reposted on several blogs, stirring up more speculation that Aiko could be expecting.

As @theneighborhoodtalk points out on their Instagram page, the 34-year-old has been posted up on her social media looking as glamorous as ever as recently as four days ago, though her ensemble was much baggier than others we’ve seen her wear in the past.

According to the same blog, “This fan is not the only person to allude that Jhené is pregnant. Sources close to the couple have also confirmed that a baby is, for sure, on the way.”

If all the gossip is true, then the impending arrival will make Aiko a mother of two (she already has 13-year-old Namiko Love Browner from a past relationship), and Sean Don a father of one.

The last time we saw the pair step out together was at Coachella when the “Guap” rapper tapped his lady to make a guest appearance with him each weekend during his set, along with recruiting help from YG and Mike Posner.