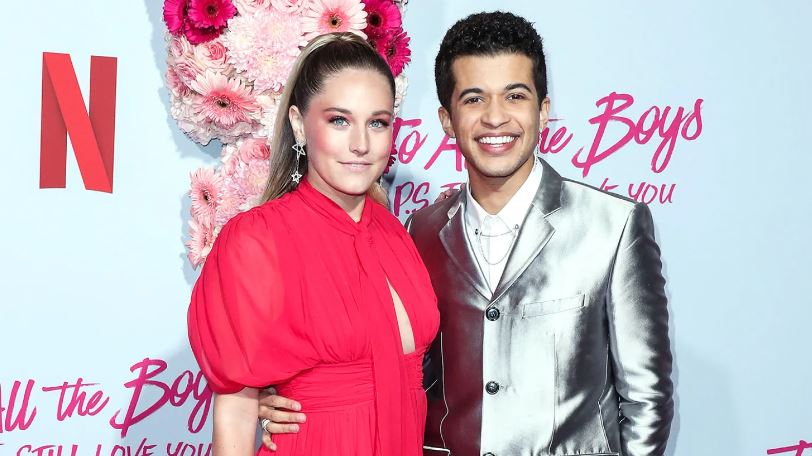 “To All the Boys: P.S. I Still Love You” star Jordan Fisher, 28, is a first-time dad! On Tuesday, Fisher and his wife Ellie welcomed a baby boy.

The To All the Boys: P.S. I Still Love You star and his wife welcomed a son, Riley William Fisher, on June 7.

“What a journey this has been,” the couple wrote on Instagram on June 10, “we’re so incredibly blessed to finally meet our firstborn.”

Along with the announcement, Jordan and Ellie shared a video of their journey to welcoming their baby boy. From posting pics of the positive pregnancy tests and sonograms to uploading snapshots of her growing baby bump and the pair celebrating her pregnancy, the duo included several sweet moments from their road to parenthood. At the end of the video, which featured a cover of “New Soul,” fans got their first look at the newborn, with Jordan and Ellie sharing photos as a new family of three.

Back in December, the couple announced in an Instagram video they were expecting their first child. The cute clip showed Ellie slipping a jacket on Jordan, whose eyes were closed, and telling him to reach into his pocket, leading him to pull out a positive pregnancy test. Cue the happy tears.

“And the journey begins,” the actor, 28, captioned the video, “we can’t wait to meet you.”

Baby Riley’s arrival comes less than two years after Jordan and Ellie tied the knot at Walt Disney World’s Magic Kingdom Park in Florida in November 2020. “This is where Jordan first told me that he loved me,” Ellie said in a Disney Parks video at the time. “It’s just always been such a magical part of our lives.”

Jordan and Ellie met when he was 13 years old, and as he’s put it, “we’re best friends growing up.” And over the years, that love has only grown stronger.

“Pregnancy has been such a journey,” Ellie wrote in a May Instagram post alongside photos of her and Jordan on the beach. “I’m so in love with the man that’s with me on this adventure…if you couldn’t tell.”