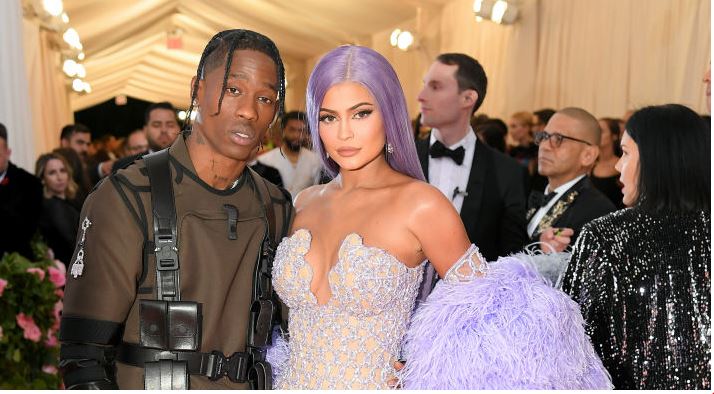 Sources close to the socialite have done their part to shut down gossip about a wedding registry floating around online.

Kylie Jenner and Travis Scott already have two young children to take care of at home, though it seems the 24-year-old has babymaking on her mind after seeing her beau’s new Instagram upload.

On Sunday (July 24), the “ESCAPE PLAN” artist shared an outfit picture that finds him leaning up against a wall in one of his signature looks – a graphic tee, lightly distressed jeans, sneakers, and carefully coordinated accessories to bring the look together. “Got there in a New York minute,” he wrote in the caption.

Upon seeing the snapshot, Jenner dropped off a tongue-out emoji and a row of pregnant women, seemingly either hinting at another pregnancy that’s already in the works, or that she’d like to be carrying their third child together in the very near future.

Of course, it’s entirely possible that the reality star was just flirting with her boyfriend as well.

Fans were quick to speculate, writing things like, “Kylie baby girl you haven’t even introduced your second baby,” and “She’s all about playing that game.”

The timing is particularly interesting, seeing as Jenner was spotted out for dinner with her sisters at Craig’s in L.A. earlier this month wearing a white dress, which sent the rumour mill turning as social media figured the family was hosting a bridal shower for its youngest member.

Around the same time, a wedding registry under “Cactus Jack” and “Mother Goose” appeared online, listing items that only a billionaire would need.

Despite all the clues coming together though, sources close to Jenner have maintained that we won’t be hearing wedding bells this winter – but if Kylie has her way, she might just have another baby for Stormi and formerly-known-as-Wolf to grow up within the foreseeable future.