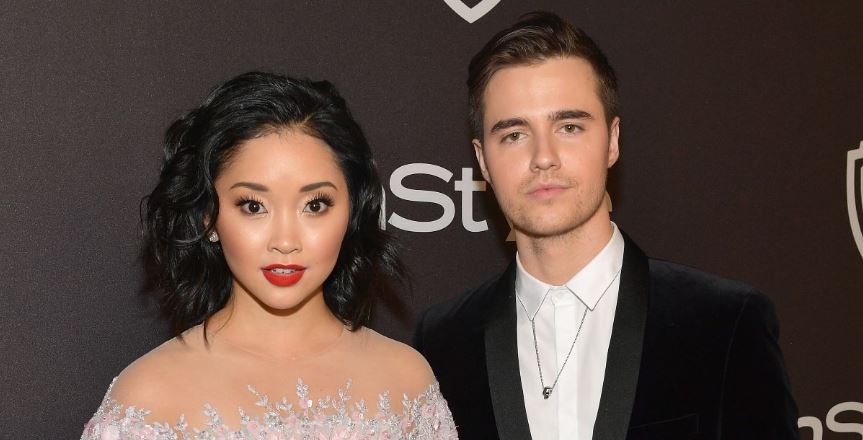 Who is Lana Condor‘s current boyfriend? The famed actress is engaged – read on to find her fiance.

The first installment of To All the Boys I’ve Loved Before premiered in 2018, and it quickly became a fan favorite. Charting Lara Jean (Lana Condor) and Peter’s (Noah Centineo) relationship, the movie garnered popularity among rom-com lovers and far beyond.

Even though Lana’s on-screen chemistry with Noah triggered some dating rumors, the stars remained friends throughout the shooting. Lana’s heart belongs to another: Anthony De La Torre.

Anthony earned recognition with appearances in movies like Pirates of the Caribbean: Dead Men Tell No Tales and Lords of Chaos.

A prolific musician, he released his EP “Find Me,” alongside three singles, “No Way,” “Nothing Like Heaven,” and “I Like Me Better,” in 2020 alone. Lana also made appearances in a number of his songs.

He also replaced Toby Rand as the frontman of The Fell in 2017, though he doesn’t appear to be involved with them anymore. Anthony used to perform with the band DE LA TORRE as well.

Lana revealed in a February 2021 interview with Self that she and Anthony had recently taken up a newly found interest in collaborating on songs.

“One day [our friend] and Anthony were working on a project, and I just came down and shared a journal entry that I felt was close to my heart. And then we wrote a song about it,” she said.

“Anthony has been just everything. He is so great at communicating, and he genuinely wants to know how I feel and what’s going on in my head, which [makes me] feel so loved and taken care of,” Lana told Self.

“Anthony, every night or every morning, folds my PJs and tucks them under my pillow so that I don’t have to go looking for them. That, to me, is the biggest expression of love. That’s so much better than, I don’t know, a hot air balloon,” she added.

In 2022, Lana and Anthony announced their engagement after five years of dating.

The pair, who have always been Instagram couple goals, announced a milestone in January 2022: their engagement! In a sweet post to Instagram, Lana flashed her ring and wrote, “Saying YES was the easiest decision I’ve ever made. I consider myself the absolute luckiest woman alive to live in your sphere. Aside from my father, without a doubt, you are the greatest man in the world. Emmy & Timmy said it’s about time mommy & daddy got engaged!!!”

Emmy and Timmy are the couple’s favorite pups. She also added that Anthony thoughtfully designed her ring with a Vietnamese designer to honor Lana’s heritage. Lana concluded her post by writing, “The fact he knew how important it was to me that he’d collaborate w/ a Vietnamese company to help design my ring is a testament to just how truly thoughtful he always is. I cannot wait to be your wife, baby. I love you a million times over.”

Fans and fellow celebrities were quick to wish her congratulations, including her onscreen love Noah Centineo. “OH MY GOD!! CONGRATULATIONS!!” he wrote, with capital letters for emphasis. Even author Jenny Han, who wrote To All The Boys I’ve Loved Before, chimed in. “I am so so so happy for you guys. My heart is bursting! ❤️❤️❤️ CONGRATULATIONS!!!” she said.