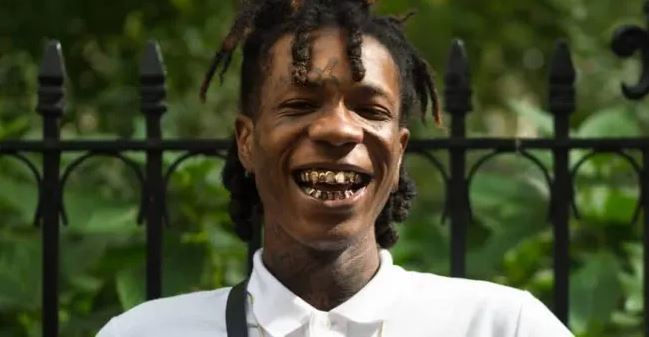 What is Lil Wop‘s sexuality? Chicago rapper Lil Wop comes out as bisexual in an interview: ‘I Like Transgender & Feminine Men’.

Rapper Lil Wop opened up about his sexuality on social media earlier this year, telling fans and peers alike that he’s bisexual.

“I’m Bisexual I Like Guys & Girls,” he wrote at the time, keeping it simple with smile and heart emojis. “It’s W.E.”

Some fans expressed full support for Lil Wop coming out and living his truth while others were kind of disappointed. “Bro mad respect for puttin this out there like that frfr that’s confidence,” someone commented. “I knew I always fucked w/ Lil Wop,” another user wrote.

In another video currently making rounds online, Lil Wop explains why he came out. “I got a certain type that I like.. I like trans.. I like transgenders, I like feminine cause I’m masculine,” he said.

“I’m a motherf-cking king. I come from Kings royalties.. I like power,” Wop added.

Lil Wop was previously signed to Gucci Mane’s 1017 Eskimo Records label in 2017, after releasing a video for his single “Lost My Mind.”

In previous interviews, he described his music as more akin to rock than rap, telling The Fader, “You can lose your mind, you gon’ go crazy to it. It’s rock-hard banging, not soft rock and roll but hard rock.”

Who is Lil Wop?

Rapper Lil Wop (sometimes known as Lil Wop 17 or the Wopster) was born in Chicago on October 17, 1995. His zodiac sign is Libra.

He started making waves in the music industry after the release of his tracked titled “Lost My Mind.” He signed to Gucci Mane‘s 1017 Records label in 2017.

By his late teens, he had begun uploading his original tracks online, and around 2016 he moved to Atlanta at the suggestion of his little brother, who had been living there for a while.

He released his three-track project, Wopster The Mixtape, in December 2016.

Lil Wop’s sounds eventually caught the ear of Gucci himself, who signed Lil Wop to his 1017 Eskimo label in 2017. That year was a busy one for the young rapper, who released a seemingly nonstop string of mixtapes, including Wake-N-Bake and a trio of mixtapes in his Wopavelli series.

He tattooed Gucci Mane’s infamous ice cream tat on the right side of his face.

He’s based in Atlanta. His cousin is rapper Famous Dex.

What is Lil Wop’s net worth? According to multiple online sources, the rapper has an estimated net worth of less than $500K-1 million.