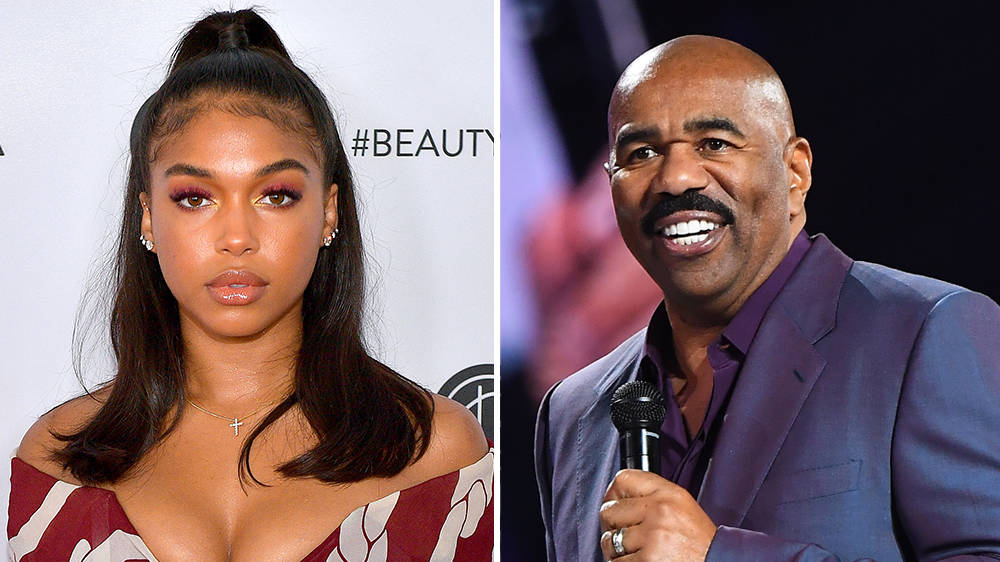 Finally, Lori Harvey’s parents have reacted to her breakup.

“Family Feud” host, Steve Harvey has confirmed the split between his model daughter, Lori Harvey, and actor Michael B. Jordan as his wife, Marjorie drops a cryptic message to support her.

Steve Harvey confirmed that his daughter Lori Harvey and Michael B. Jordan have parted ways amicably after dating for nearly two years.

Noting that “things happen,” Steve joked, “I feel fine. I’m fine. Ain’t changed my life none. I still gotta go to work. … I still gotta take care of my family. I still gotta keep putting this money aside for these grandkids.”

The “Judge Steve Harvey” star explained that dating in the public eye was tough for Lori, 25, and Jordan, 35, but their relationship ended on a good note regardless.

“Look, as long as everybody can walk away in peace, be friends … I ain’t heard nobody say they busted no windows or nothing,” he said. “As long as you don’t put your hands on my daughter, I don’t give a damn what you do.”

Steve also shared that he still has a love for the “Black Panther” star.

“He’s still a cool guy, you know, from what I know. It’s a breakup. I’m pretty sure they’ll be fine,” he said. “People break up all the time.”

Steve, who has been married three times, then quipped, “I just wish I could have broken up without the cost factor! I got to start learning from my children. Get out early! I waited way too late.”

Two days after news surfaced that Lori Harvey and Michael B. Jordan had split, her mom, Marjorie Harvey, shared a shady message that seemingly supported her daughter.

On June 6, the 57-year-old fashionista, who is married to Steve Harvey, shared a cryptic video message from actress Jennifer Lewis on her Instagram Stories, two days after news surfaced that her daughter Lori had split from Michael B. Jordan after more than a year of dating.

“You sit in s–t too long, it stops smelling,” Jennifer said in the six-second clip. “So come the f–k outta there.”

While it’s not confirmed what she was referring to, Marjorie’s repost comes just days after news broke that Lori and Michael—who began dating in November 2020—had called it quits. People first reported the news on June 4 and quoted a source close to the couple as saying that “Michael and Lori are both completely heartbroken” and “still love each other.”

News of Lori’s split from Jordan broke over the weekend, with a source telling People, “Michael and Lori are both completely heartbroken. They still love each other.”

The former couple started dating in the fall of 2020 and went Instagram-official in January 2021. They proceeded to flaunt their love in public, enjoying several romantic getaways over the course of their relationship.

Lori and the “Creed” actor celebrated their one-year anniversary in November 2021, with Jordan treating his then-girlfriend to a fancy dinner that included caviar.

Steve gushed over his daughter’s relationship in March 2021, telling Ellen DeGeneres, “I have tried not to like him. I have tried to find something wrong with him that I can dig in … ’cause I done got rid of all of them.”

Lori is no stranger to dating men in the spotlight. She was previously linked to both Sean “Diddy” Combs and his son Justin Dior Combs in addition to race car driver Lewis Hamilton, singer Trey Songz and rapper Future.

Meanwhile, Jordan has been tied to model Cindy Bruna, actress Kiki Layne, and YouTuber Catherine Paiz. He was also rumored to have dated his “Black Panther” co-star Lupita Nyong’o, though both insisted they were just friends.