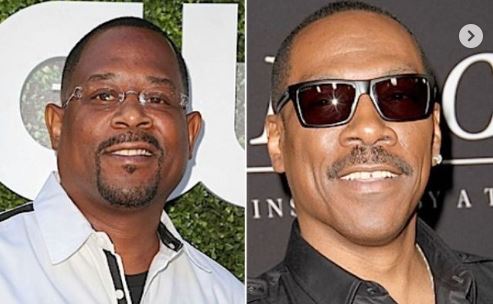 It looks like Martin Lawrence is hoping that Eddie Murphy will foot the bill if their kids end up getting married!

During a recent interview, the ‘Bad Boys for Life’ star, 57, joked about his daughter, Jasmin Lawrence potentially conceiving a “comedy super-baby” with Eddie Murphy’s son Eric Murphy, after their kids went Instagram official with their relationship last year.

When asked if he and Eddie Murphy, 61, have talked about their children’s romance, Martin Lawrence said, “We haven’t talked about it. We kind of just stay out of their business and let them do their own thing, and respect their thing.”

Martin also admitted that despite tradition, he is more than willing to allow the groom’s father to take care of their kid’s potential wedding. Martin joked and said, “I’m gonna try to get Eddie to pay for it.”

Jasmin Lawrence and Eric Murphy went public with their relationship last summer when Eric took to Instagram to share a sweet message for Jasmin.