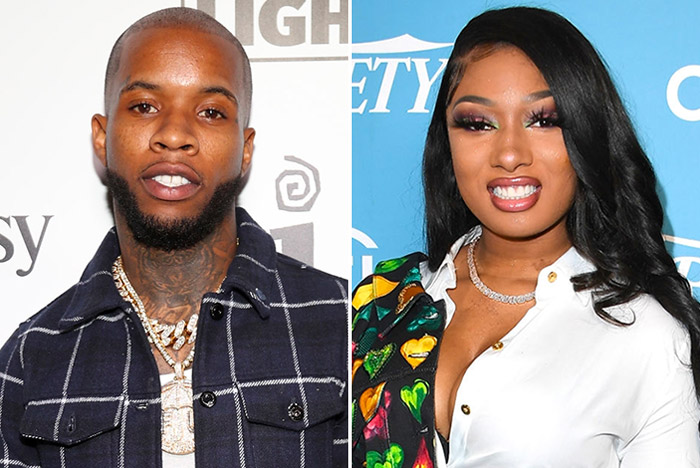 Megan Thee Stallion doesn’t just want Tory Lanez in prison. She wants him to “go under the jail.”

The “Plan B” rapper is on the latest cover of Rolling Stone, believes she has been painted the victim, and wants justice in her ongoing case against Lanez.

In the “Plan B” rapper, Megan Thee Stallion’s new cover story for Rolling Stone, the rap star recalls the traumatizing night of the shooting with Tory Lanez. During the interview, Megan opened up about how she physically recovered after allegedly being shot in the foot by Lanez, how she felt betrayed by him and her former BFF Kelsey Nicole, and what she wishes to see happen to Lanez at the end of their trial.

Megan says, “I want him to go to jail. I want him to go under the jail.” Things got heated one night in a July 2020 altercation, and the Houston rapper alleges that Tory Lanez shot her in the foot. With images and evidence supporting her argument, she still doesn’t understand why people are not taking her experience seriously.

She suggests it has something to do with her alluding to her skin color and height.

“In some kind of way I became the villain,” she said. “And I don’t know if people don’t take it seriously because I seem strong. I wonder if it’s because of the way I look. Is it because I’m not light enough? Is it that I’m not white enough? Am I not the shape? The height? Because I’m not petite? Do I not seem like I’m worth being treated like a woman?”.

The aftermath is getting to her as well, as she doesn’t know why Lanez continues to deny what happened.

“I feel like you’ve already tried to break me enough. You’ve already shot me. So, why are you dragging it out like this? Like, what else? Have you hated me this much the whole time, and I didn’t see it?”

Megan teased that her fans will get to see her genuine emotions through an upcoming album she plans on releasing this summer.

She adds, “I want to take you through so many different emotions. At first you was twerking, now you might be crying.”