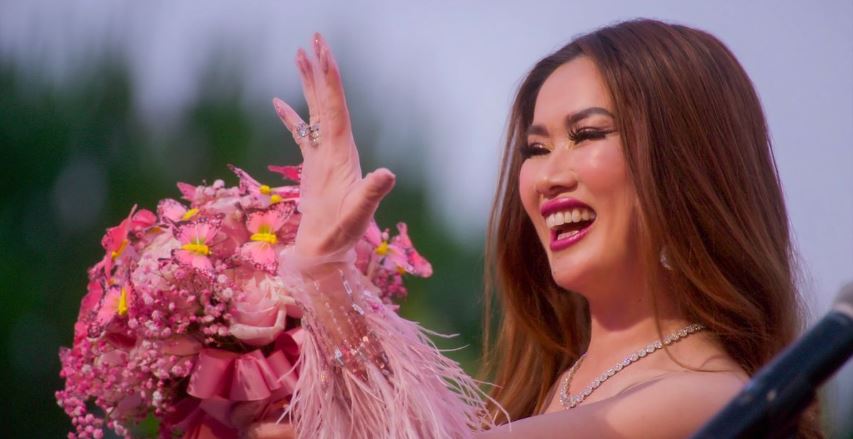 What is Mimi Morris’s net worth? The ‘Bling Empire‘ star is very wealthy and has an impressive fortune, but how well-off is she?

The cast of Netflix’s Bling Empire are well on their way to becoming reality TV royalty. The series gives viewers a look at the affluent lifestyles of a group of LA-based Asians and Asian Americans who are navigating their personal and professional relationships. And while there’s always a bigger fish among the crew, newcomer Mimi Morris has been a major topic of discussion.

It’s no secret that Anna Shay and Kim Lee are among the wealthiest of the bunch, with the rest all having their fair share of opulence. However, Mimi’s presence has folks wondering how she stands up against her cast members in terms of finances. So, what is Mimi Morris’ net worth? Keep reading to get the scoop.

What is Mimi Morris’s net worth? She is rumored to be a billionaire.

Mimi, who is known to be a successful entrepreneur and philanthropist, previously worked as a model. As for Don, he is the CEO and founder of Morris Group International, a manufacturing company.

Mimi is the epitome of the saying, “where you start is not where you finish.” TheCinemaholic shares that Mimi’s start in life was difficult due to living in Vietnam amid war, which she also touched on in Bling Empire.

Mimi was able to make her way to the U.S. after suffering the unimaginable — an unsuccessful escape from her home country that left her and her siblings to live in a large hole for two years.

Thankfully, Mimi has been able to use her past as a means to level up and make something of herself. Not only has Mimi modeled for various brands, but she has also been able to transform into a businesswoman and mother-of-three.

Will Mimi Morris be on Season 3 of ‘Bling Empire?’

It’s no secret that Mimi was a Season 2 fan-favorite. The entrepreneur stayed clear of drama, and viewers loved watching her relationships with fellow cast members.

So, it’s safe to say that viewers are excited to see Mimi in the first moments of the Season 3 trailer. In the clip, Mimi shows Kelly her super-lavish closet filled with designer items that’ll make any fashionista’s head spin.

Seasons 1 and 2 of Bling Empire are currently available to stream on Netflix, with Season 3 hitting the platform on Oct. 5, 2022.