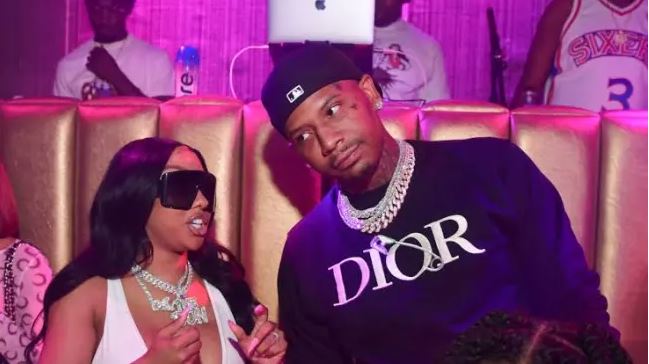 Rapper Moneybagg Yo breaks up with his Instagram influencer girlfriend, Ari Fletcher, saying there was “Too Much Drama”.

Rapper Moneybagg Yo and his longtime girlfriend Ari Fletcher have officially split up – and for good this time. Reports sighted by TheVibely on Dreddsworld is that Moneybagg is the one who broke things off this time.

And according to a person close to the rapper, he dumped Ari because she brought “too much drama” into his life.

Since making things official in 2019, Ari Fletcher and Moneybagg Yo’s relationship has played out publicly for the world to see. It seems as if every other week, the social media influencer or her rapper beau is hopping on the Internet to defend their union.

However, Ari’s most recent post about her relationship status has folks wondering whether or not her and Moneybagg have officially called it quits. She tweeted, “Happy, paid and single! Ready for everything new!”

The cryptic tweet comes just a few hours after Ari held a launch party for her new beauty line “Remedy,” in which the “Said Sum” rapper was in attendance. Moneybagg has yet to speak out about the tweet, but things seemed to be going well for the pair last month when Ari took to social media to flex the expensive gifts that Bagg got her for her 27th birthday.

In a photo dump from her birthday weekend, the young influencer shared photos of her private jet, new patek watch and birthday balloons, writing, “SO THANKFUL, SO HAPPY, SO BLESSED! CRIED REAL TEARS! THANK YOU BABY @moneybaggyo THANKS @mshannahkang AND @jewelryunlimited.”

As per one of Moneybagg Yo’s friends, “He had to separate himself from that female, she brought too much drama into his life.”