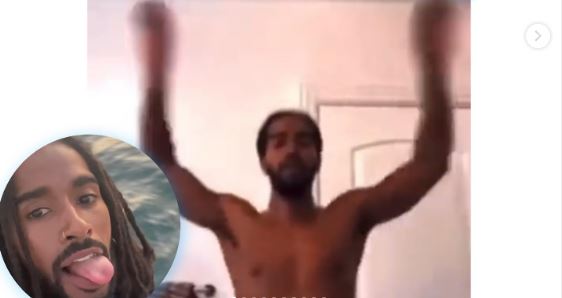 Jhené Aiko fans are getting more news than they expected these days. Many have congratulated her and her boo Big Sean after they confirmed pregnancy rumors, but it was the Chilombo singer’s other baby daddy that made heads turn on Twitter last night.

O’Ryan, the singer with whom Aiko shares 13-year-old Namiko Love Browner, was trending after a video leaked of him doing jumping jacks… completely naked.

The video allegedly comes from O’Ryan’s OnlyFans account and has left fans stunned. While many are clowning the situation as a whole, treating it like another meme, some Twitter users have pointed to the fact that O’Ryan might be trying to clout chase after Aiko announced her pregnancy with Big Sean. That’s been a small reaction, though, as most people are just… impressed by the video. Whatever the case, it’s made for a weird day on Twitter, and the reactions have been hilarious.