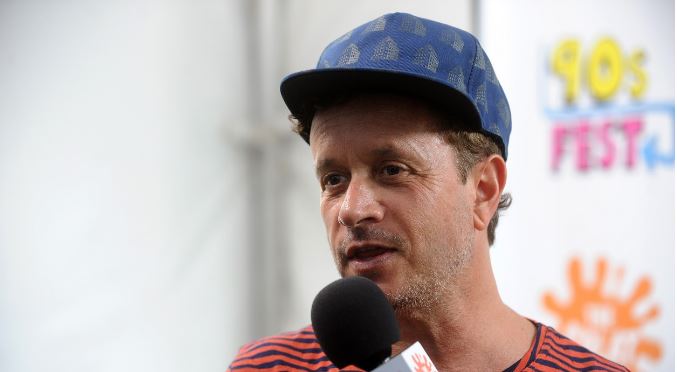 What is Pauly Shore’s net worth? The Pinocchio voice actor has made an impressive fortune over the years through his career.

Paul Montgomery Shore is an American actor, comedian and filmmaker best known for his roles in several comedy films in the 1990s. Shore began as a stand-up comedian at the age of 17, before becoming an MTV VJ in 1989. This led to a starring role in the comedy film Encino Man in 1992, which was a modest hit.

Shore doesn’t currently have a role in running The Comedy Store, but he does events and various projects there often. He said he had no idea that the business his parents founded would go on to and still have such an impact on the world of stand-up comedy.

In all, Shore has made an impressive fortune throughout his endeavors. So, how much is Pauly Shore worth right now?

Who is Pauly Shore?

Pauly Shore was born Paul Montgomery Shore on February 1, 1968, in Los Angeles, California. His parents, Mitzi Shore and Sammy (a comedian), opened The Comedy Store in 1972; when Mitzi and Sammy ended their marriage in 1974, she became the sole owner. (Pauly began managing the club after Mitzi’s death in 2018.)

Shore grew up with 3 siblings, Peter, Scott, and Sandi, in a Jewish household, and he graduated from Beverly Hills High School in 1986. He spent much of his youth around comedians, and at age 17, he performed his first stand-up set at Culver City’s Alley Cat Bistro.

Sam Kinison became his mentor and let Pauly serve as his opening act many times. While touring as a stand-up comic, Shore developed an alter ego known as “The Weasel” where he played the part of a surfer dude.

Pauly Shore is most famous for his comedic roles in films such as “Encino Man” (1992), “Son in Law” (1993), and “In the Army Now” (1994), but he is also a stand-up comic, director, producer, and podcaster. Pauly’s 2014 mockumentary, “Pauly Shore Stands Alone,” won the award for Best Documentary at the Downtown Film Festival Los Angeles, and he has hosted the podcasts “Pauly Shore Podcast Show” and “Pauly Shore’s Random Rants.” Shore’s family has owned West Hollywood’s world-famous Comedy Store since the early 1970s.

Pauly Shore dated “Son in Law” co-star Tiffani Thiessen and “Bio-Dome” co-star Kylie Minogue in the 1990s. He also had relationships with adult film stars Jewel De’Nyle (2002) and Savannah (1991 – 1992); Savannah, whose real name was Shannon Wilsey, sadly died by suicide in 1994, and Pauly was with her when she passed away at Burbank’s St. Joseph’s Hospital.

What is Pauly Shore’s net worth?

Pauly Shore’s net worth is estimated to be around $30 million, per Celebrity Net Worth. Most of this money comes from his acting and standup comedy career.

Yes, it’s true. Comedian and actor Pauly Shore voiced the character of Pinocchio in Pinocchio: A True Story. Born in 1968, Pauly is a little bit older than a teenager, and unlike new Pinocchio, his natural speaking voice is flat and orotund. But as Pauly told Rolling Stone, Lionsgate never gave him a set voice to mimic. “I flowed with the feeling of what I thought the boy was giving me as an actor,” he explained.

A former MTV VJ, this isn’t Pauly’s typical line of work. He previously starred in his own comedy and music series Totally Pauly on MTV in the 1990s. He also starred in the movies Encino Man and Biodome.

But as the 2000s hit, Pauly’s acting career started to tank, though he did get to experiment with voiceovers when he snagged the role of Bobby Zimuruski in Disney’s A Goofy Movie.

It left so much of an impression that Lionsgate wanted to try him out in this unique role years later, which he first thought was an error. “I made my manager read the email two or three times,” Pauly told the outlet. “Like, ‘Are you sure? Are you sure?’ And he was like, ‘No, no, they want you.’”

Pinocchio: A True Story is a whimsical film that has garnered a cult-like following for its newfangled portrayal of Pinocchio as a teenage (!) puppet. Per the synopsis: “Young Pinocchio runs away from home to see the world and becomes the main attraction of a travelling circus. He falls for the ringmaster’s daughter and longs to become human.”

When Lionsgate shared the trailer on TikTok, fans immediately noticed that something was different about Pinocchio. He was older and his voice sounded more mature, yet there was a distinctive effeminate undertone. And definitely some high-pitched cracking. The caption read: “The yassification of Pinocchio.”

It’s unknown what Lionsgate meant by that caption, yet at the same time, everyone in the comment section seemed to understand.

“GIVING SLAY,” wrote one user in the comments. Others reacted with the sparkle emoji and/or the nail polish emoji. This new Pinocchio had a different vibe and fans were here for it.

Even Pentatonix member Scott Hoying, who is openly gay, shared a video of himself lip-syncing to the audio of Pinocchio’s voice with the caption “Pinocchio! More like Pinot, Glee, and being a hoe!”

While Pinocchio’s love interest is a female in the film, many folks felt the new Pinocchio was an LGBTQ icon (he just didn’t know it yet). But even more shocking than the sound of his voice was that ’90s actor Pauly Shore was the one behind it.