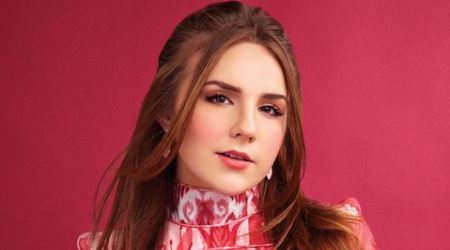 How much money does Piper Rockelle make on YouTube? The singer and YouTuber is currently in a relationship with Lev Cameron.

TikTok has been the catalyst for stars like Charli D’Amelio, Khaby Lame, and Addison Rae. One of the most popular TikTokers around is @Piperrockelle, but who is she and how did she rack up so many fans on the social media platform?

Who is Piper Rockelle and why is she famous?

Her first notable role was Sky in the web series Mani between 2017 and 2018, Chicken Girls in 2018, she starred on the reality series Piperazzi. Her most popular original songs include “Treat Myself” and “Butterflies.”

She competed in beauty pageants and did some modeling before finding a following on social media.

Her fans are known as the #Piperazzi. She has taken surfing lessons. On TikTok, she has earned over 9 million fans for her comedy videos and choreographed dance routines with friends.

She has danced with Elliana Walmsley on TikTok.

Piper then re-started her TikTok channel in 2020 after her previous account was banned, growing her audience through her catchy dance videos which she often shoots alongside her friends and family. It is not clear, though, why her first account ran into problems, or when she initially joined the platform.

Piper began her YouTube channel on November 29, 2016, performing pranks on her squad members. She is also known for her music videos. Piper also runs a successful YouTube channel, which has amassed over 9 million subscribers, where she films funny trends like doing the opposite of what her parents say for 24 hours, turning her house into a trampoline park, and playing Squid Game in real life.

The YouTuber also uploads her own music videos onto the platform. She began her YouTube channel in 2016, and she has her own collection of YouTubers who make videos together, called The Squad, which includes her current boyfriend Lev Cameron.

In 2022, her YouTube channel got demonetized after a list of abuse allegations had been filed against Rockelle’s mother. She was also removed from the platform’s Partner Program.

How old is Piper Rockelle?

Piper was born in Atlanta, Georgia, and was raised by her mother, Tiffany. Regarding her father, she doesn’t know him and had only met him once in her childhood, and didn’t remember him being around for the family.

She is, however, very close with her grandparents, who are presumably from her mother’s side.

As for her siblings, Piper has two brothers named Tyler Ray Hill and Hunter Ray Hill, the latter being the editor and cameraman who often helps edit her videos.

Piper and her mom Tiffany had rescued over 100 cats in Georgia and had 17 cats living with them.

She has a pug named Frank Pugan who has generated a social following of his own.

In March of 2022, she announced that her mom was pregnant and that she was going to be a big sister.

Who is Piper Rockelle’s boyfriend?

At just 15 years old, it’ll be a surprise to learn that Piper Rockelle does in fact have a boyfriend, Lev Cameron – a 16-year-old fellow YouTuber and singer.

It may be even more surprising to realise that their relationship is more than a high-school fling: the pair have actually been dating for nearly two years, beginning to date in May 2020 (When Piper would have been 13, and Lev would have been 14).

On Valentine’s Day 2020, she was asked to be Lev Cameron Khmelev’s valentine. In May 2020, the couple officially began dating.

Lev Cameron Khmelev (b. October 11, 2005) is an American professional dancer. He began dancing at five years old and started competing on shows like ‘Little Big Shots’, ‘Dancing With The Stars Junior’, ‘So You Think You Can Dance’, and more. He has also been featured in Justin Timberlake’s music videos.

Who has Piper Rockelle dated?

Piper and Gavin Magnus had dated in early 2019. Like how Piper does with Lev, Piper and Gavin often appear in each other’s social media posts and music videos, considering that Gavin is also a musician.

In July 2019, they announced that they had split, because they had been fighting off-camera for quite a while.

Magnus proceeded to say in an interview that it wasn’t Piper’s fault but rather her mother for making a toxic environment around them. The two have seemingly reconciled and are now making videos together daily, even making music videos together.

However, they continued to remain friends, and even now feature in each other’s videos, though not as much as they did before.

As of 2022, they are friends and still do follow each other on social media.

How much money does Piper Rockelle make on YouTube?

Piper makes estimated earnings of $264 – $4.2K in a day on YouTube, according to Social Blade.

In a year, Piper makes an estimated salary of $94.9K – $1.5M from displayed ads on her YouTube channel.

What is Piper Rockelle’s net worth?

Piper is thought to earn money through brand sponsorships and production opportunities on her social channels. She often posts about brands like Aeropostale and is also a brand ambassador for “age-appropriate” makeup brand Petite ‘N Pretty.

The social media star has also launched her own merchandise brand, Bby by Piper Rockelle, and is currently touring her music around the US, UK and Canada.

What is The Squad?

Piper Rockelle’s Squad is the name for her group of friends, all influencers themselves. To date, her Squad members are: Piper Rockelle, Lev Cameron, Jentzen Ramirez, Elliana Walmsley, Emily Dobson, and Jenna Davis. The squad was formed and founded by Piper and her former best friend Sophie Fergi who had left because of incidents behind-the-scenes, which was later revealed out to the internet and social media by Sophie Fergi in her youtube channel.

Q. How old is Piper Rockelle?

Q. How old is Lev Cameron?

Q. How long have Piper Rockelle and Lev Cameron been dating?

A. Piper Rockelle and Lev Cameron have been dating since May 2020, so that makes it 2 years.

Q. What is the age difference between Piper Rockelle and Lev Cameron?

A. Lev Cameron is 1 year and 10 months older than Piper, so it is nearly a two-year age gap between the two.

A. Yes. Lev Cameron is Russian by ethnic background. In January 2021, he uploaded a video featuring Piper called “Speaking to my girlfriend in Russian for 24 hours”.

Q. What is Piper Rockelle’s net worth?

Q. How much money does Piper Rockelle make on YouTube?

Q. Does Piper have a dad?

A. Piper was raised by her mother and grandmother. She has only met her biological father once and hasn’t had a father figure in her life since then.

A. Her real name is Piper Rockelle Smith. She has two brother-sibings namely; Tyler Ray Hill and Hunter Ray Hill, the latter being the editor and cameraman who often helps edit her videos.

Q. Who is all in Piper Rockelle’s squad?

A. Piper Rockelle’s Squad is the name for her group of friends, all influencers themselves. Her Squad members are Piper Rockelle, Lev Cameron, Jentzen Ramirez, Elliana Walmsley, Emily Dobson, and Jenna Davis. The squad was formed and founded by Piper and her former best friend Sophie Fergi who had left because of incidents behind-the-scenes, which was later revealed out to the internet and social media by Sophie Fergi in her youtube channel.

Q. Who is Tiffany Rockelle?

Q. What movie did Piper Rockelle play before?

A. She starred in the Brat series Mani and in the reality series Piperazzi. Her most popular original songs include “Treat Myself” and “Butterflies.”