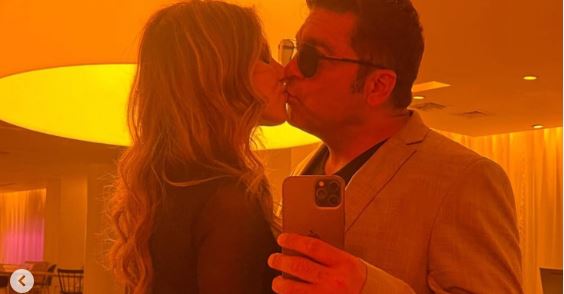 Lady who claims she has been dating Monty Lopez, the father of Addison Rae, has exposed him on social media.

After the backlash of the videos of Monty hitting on girls at the bar, Renee went public and exposed Monty in her stories and also said that she’s been with him for 5 months. She noted that she will speak when she’s ready.

Monty Lopez, the dad of Addison Rae was hitting on a girl at a party, people who knew him secretly recorded it and released it on TikTok.

The girl kept sharing some messages about her and Monty Lopez. In a private chat that Renee leaked, Monty asked her to be “the queen of his empire”.

Monty advised Renee not to be dramatic and to quit her job if he gets the public’s attention, adding that he loves her.

Alyssa Mckay came out about Monty. She noted that she saw Monty wilding at Vidcon.

For those who doo not know Alyssa Mckay, she’s a Portlander TikTok star, with more than four million followers on the social media platform. In 2018, Alyssa also appeared in the movie, Leave No Trace, based on a true story in Portland. Alyssa spends much of her time crafting new creative content for her TikTok, Instagram, and Youtube accounts.

Another video showed an unperturbed Monty at a poolside showing signs of unbothered as to if he is disgracing his family or himself.

This comes after the father of TikTok star Addison Rae, Monty Lopez, has been accused of cheating on his wife Sheri Easterling in two videos that are sparking backlash across social media.