Here’s a list of the richest black billionaires in the world, their net worth, profession, age, nationality, and more about their lives.

Facts to know before reading

Black people make up less than 1% of global billionaires according to the latest Forbes list released earlier this year. Even though there are just 16 Black people among the world’s estimated 2,755 billionaires, fortunately, the list is growing.

We all know Oprah, Michael Jordan, and Robert F. Smith have billions, but what about people of African descent in other countries? Turns out, Oprah and Smith are relatively poor compared to the wealthiest black people in the world.

The renaissance ‘Bad Gyal’ herself, Rihanna who was recently acknowledged as the world’s richest female musician, was added to the list with a projected net worth of $1.7 billion partially due to her ever-expanding Fenty empire.

If you’ve ever wondered how many Black people are in the one percent of the world’s most wealthy, well, there are just not more than 20. Three of the 10 are women and two of those women are entirely self-made. Today, we’re looking at not just the richest African American people, but also the richest black people from all over the world.

Tyler Perry is an American actor, director, producer, and screenwriter. In 2011, Forbes listed him as the highest-paid man in entertainment, earning US$130 million between May 2010 and May 2011. Perry created and performs the Madea character, a tough elderly woman. As of 2021, Tyler Perry’s net worth is estimated to be $1 billion by Forbes.

Mohammed Ibrahim is a self-made billionaire from Sudan. He currently lives in the U.K. and is one of the wealthiest people there. Ibrahim became a billionaire in 2005 when he sold Celtel International, his telecommunications company. These days he is focused on improving the lives of the people of Africa through his charitable foundation.

The controversial musician and fashion mogul made the headlines recently for his richest black man in history claim. His biggest business move was a lucrative apparel deal with Adidas which propelled his net worth to $1.8bn. His net worth is expected to grow in the coming years with another lucrative GAP deal in the bag.

Michael Lee-Chin, OJ, OOnt, is a Jamaican-Canadian billionaire businessman, and philanthropist and the chairman and CEO of Portland Holdings Inc, a privately held investment company in Ontario, Canada. Lee-Chin was appointed to the Order of Ontario in 2017.

Isabel Dos Santos is the daughter of Jose Eduardo dos Santos, the President of Angola who has reigned over a violent regime since 1979.  Today Isabel sits atop many of Angola’s top industries – banking, diamonds, cement, and telecom. Isabel’s representatives adamantly deny that her father had anything to do with her success. Isabel’s defenders refer to her as a “brilliant investor” who started completely from scratch with no help at all. On the other hand, these claims proved difficult to defend after it was revealed that Jose personally transferred extremely valuable public assets directly to his daughter.

Michael Jordan is not only one of the most successful athletes of all time, but he’s also one of the most well-known people in the world. Jordan made $90 million playing in the NBA. Since retiring he’s made another fortune through endorsement deals and other partnerships. He has a long-standing deal with Nike, for instance. Jordan is also one of the owners of the Charlotte Hornets basketball team. These days he makes more in one year through his various ventures than he did during his entire professional basketball career.

African American IT Billionaire is the co-founder and CEO of data-mining firm Palantir Technologies, which received early backing from CIA investment arm, In-Q-Tel. His company works for top government bodies which include the CIA and the FBI. He identifies as a White American but his mother is African American making him a mixed race.

Robyn Rihanna Fenty, NH is a Barbadian singer, actress, fashion designer, and businesswoman. Born in Saint Michael and raised in Bridgetown, Barbados, Rihanna was discovered by American record producer Evan Rogers who invited her to the United States to record demo tapes.

The controversial musician and fashion mogul made the headlines recently for his richest black man in history claim. His biggest business move was a lucrative apparel deal with Adidas which propelled his net worth to $1.8bn. His net worth is expected to grow in the coming years with another lucrative GAP deal in the bag.

Strive Masiyiwa is a London-based Zimbabwean billionaire businessman and philanthropist. He is the founder and executive chairman of the international technology groups Econet Global and Cassava Technologies.

Folorunsho Alakija is Nigeria’s first female billionaire. She began her professional career as an Executive Secretary in Lagos, Nigeria, while simultaneously launching her own tailoring business. Her company flourished, and she went on to become the National President and a Trustee for the Fashion Designers Association of Nigeria. In the early 90s, she applied for a license to begin prospecting for oil.

It turns out, the plot of land she was granted was sitting on over one billion barrels of potential oil. She owns 60% of the drilling venture off the coast of Nigeria. After a billion barrels were discovered, the Nigerian government attempted to take the land grant back. A 12-year legal battle ensued that reached all the way to the Supreme Court of Nigeria. Folorunsho was victorious and her patience was rewarded handsomely. As soon as the legal verdict came down, Folorunsho was instantly worth billions of dollars.

Patrice Motsepe is a South African mining magnate who owns African Rainbow Minerals. He was the first black man to become a billionaire on the Forbes list. He is also the first African to sign Bill Gates’ Giving Pledge. In 1999, Motsepe and his wife founded the Motsepe Foundation to help create new jobs, support education, and improve the lives of children, the unemployed, and the disabled. He bought low-priced mining shafts and made them profitable. He is also a sports investor owning one of South Africa’s top Football Clubs, Mamelodi Sundowns FC. 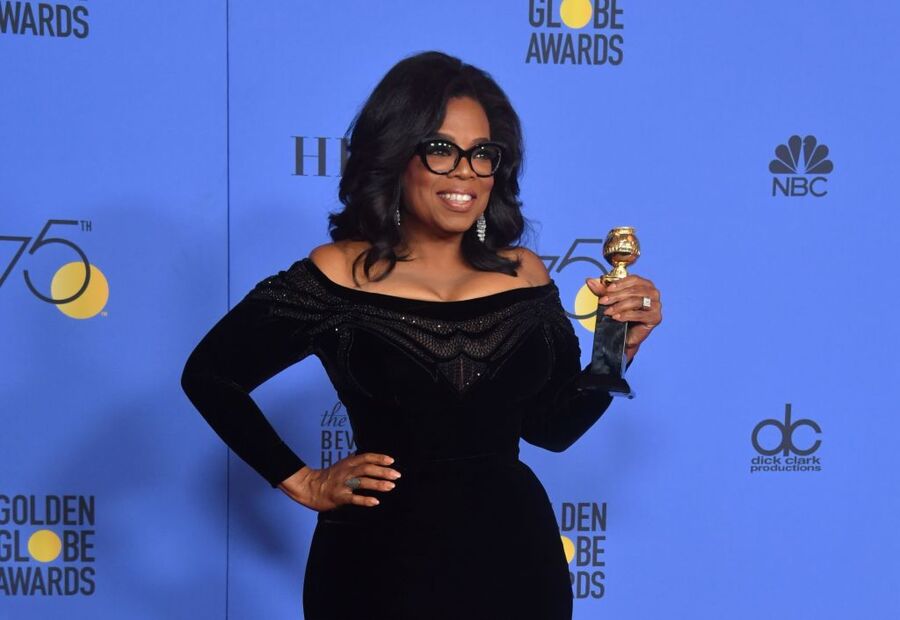 Oprah Winfrey is the only African-American woman to make the billionaire list. She famously overcame a poverty-stricken childhood to become the Queen of all Media. The Oprah Winfrey show ran for 25 seasons. More than just wealthy, Oprah is also beloved by millions of fans.

The Nigerian business Mogul owns a staggering 98.5% of BUA Cement. He is also the Chairman of BUA Group, a Nigerian conglomerate with large investments in cement production, real estate, and sugar refining. He seems to be keeping close tabs on Aliko Dangote and recently had a brief squabble with him.

David L. Steward is an American businessman. He is chairman and founder of World Wide Technology, one of the largest African-American-owned businesses in America. According to Forbes, in 2019 Steward was one of 13 black billionaires worldwide.

Mike Adenuga built his enormous fortune in mobile telecommunications and oil production. In 2006, he founded Globacom, the second-largest mobile phone network in Nigeria. With over 24 million customers in Nigeria, the company also operates in the Republic of Benin, where it recently acquired licenses to start businesses in Ghana and the Ivory Coast. What’s more, his Conoil Producing is considered to be one of the largest independent exploration companies in Nigeria, with a production capacity of 100,000 barrels of oil per day.

Robert F. Smith is the founder of the private equity firm, Vista Equity Partners. Vista deals in the not-so-sexy category of enterprise software, which might be why he’s flown largely under the radar. In 2000, Smith launched Vista Equity Partners and in the 16 years since then, Vista has grown to nearly $16 billion in assets and generated insane returns for its investors. Vista has delivered a whopping 31 percent average annual rate of return to its investors since 2000. Smith joined the Giving Pledge earlier this year.

In the 1980’s Sheikh Mohammed Al Amoudi made very wise investments in the oil and mining industries in his home country of Ethiopia as well as in Sweden and Morocco. He expanded his portfolio of companies into finance, hotels, hospitals, and more. Mohammed employs over 40,000 people through his two primary corporations, Corral Petroleum Holdings, and Mohammed International Development Research and Organization Companies (MIDROC). MIDROC is the largest gold mining operation in Ethiopia, producing four tons of gold each year. Corral Petroleum Holdings controls over 70% of Ethiopia’s oil output. Al-Amoudi is the largest foreign investor in Morocco and Sweden. More recently he has launched a new endeavor to build the first car factory in Saudi Arabia.

Aliko Dangote owns the eponymous Dangote Group, which operates in the commodities field.  Dangote is based in Nigeria and also does business in other African countries, including Benin, Cameroon, Ghana, South Africa, Togo, and Zambia. He is the richest person in Africa. The Dangote Group employs more than 11,000 people in industries such as sugar refining, flour mills, food distribution, and cement. In fact, The Dangote Group’s businesses account for one-fourth of all businesses on the Nigerian Stock Exchange.

Elon Reeve Musk FRS is an entrepreneur and business magnate. He is the founder, CEO and Chief Engineer at SpaceX; early-stage investor, CEO and Product Architect of Tesla, Inc.; founder of The Boring Company; and co-founder of Neuralink and OpenAI.