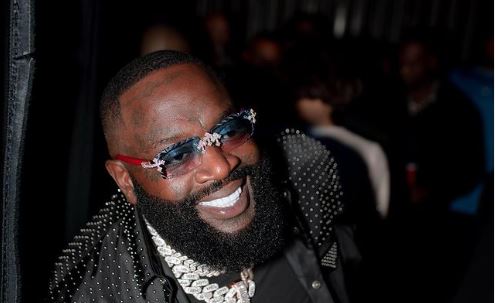 Michael Rubin has announced he’s selling his share of the Philadelphia 76ers, which Rick Ross says he’s keen on purchasing.

Rick Ross is dying to become part of an ownership group of a professional sports franchise. After making his case to buy part of his beloved Miami Dolphins, Rozay has turned his focus to finding a way into owning the Philadelphia 76ers.

On Wednesday (June 22), 76ers minority owner Michael Rubin announced that he’d be selling his 10 percent stake in the team to further pursue his interests in expanding the Fanatics brand into the sports gambling world, which would create a conflict of interest as an owner.

The 49-year-old businessman stated on Instagram that he’s choosing his burgeoning business over his fandom but will continue rooting for the team, “screaming louder than I usually do” from his usual seat at the Wells Fargo Center.

Rubin purchased into the ownership group in 2011 for approximately $290 million for his 10 percent stake, which has grown exponentially more lucrative in the past decade.

With an estimated net worth of reportedly $45 million, it’s tough to envision rapper Ross having enough liquid assets to make the purchase into the team himself without a group of investors.

The ownership group led by Joshua Harris and David Blitzer also purchased a portion of the New Jersey Devils for a reported $320 million in 2013. Does Rick Ross have any interest in picking up a hockey stick?