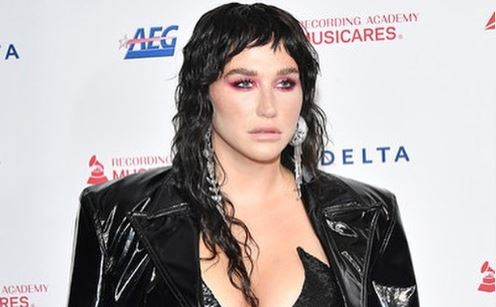 One of America’s iconic singers, Kesha has in a recent post on her Instagram talked about her sexuality.

Kesha Rose Sebert, formerly stylized as Ke$ha, is an American singer and songwriter. In 2005, at age 18, Kesha was signed to Kemosabe Records. Her first major success came in early 2009 after she was featured on American rapper Flo Rida’s number-one single “Right Round”.

In celebration of Pride month, singer Kesha is opening up about her sexuality. The star took to Instagram and uploaded a post for her 3.1 million fans and gave a few more details about herself. She wrote in her caption:

“Happy pride! 🌈In case I haven’t been straight forward enough (LOL) I just wanted to take a sec to tell everyone that you are not only enough, just as you are, but the world is so f–king lucky to have you,” she wrote. “I’m not gay. I’m not straight. I don’t know what I am,” Kesha explained in a photograph of herself. “I love people. I love people because we are all our own little consciousness journeys, dancing around the sun. How weird and interesting and fun this life is, right? I refuse to be anything, really, except for open to it all.”

Before sharing a message of love to her supporters, Kesha went on to say, “I know it can be confusing sometimes, but you are so seen and loved. Love u animals, happy pride 🌈” she added. Kesha concluded her post by joking about the crewneck sweatshirt she wore in the photo writing, “yes, I’ve been wearing the same thing for like 4 days. What? #happypride #pridemonth #pride.”