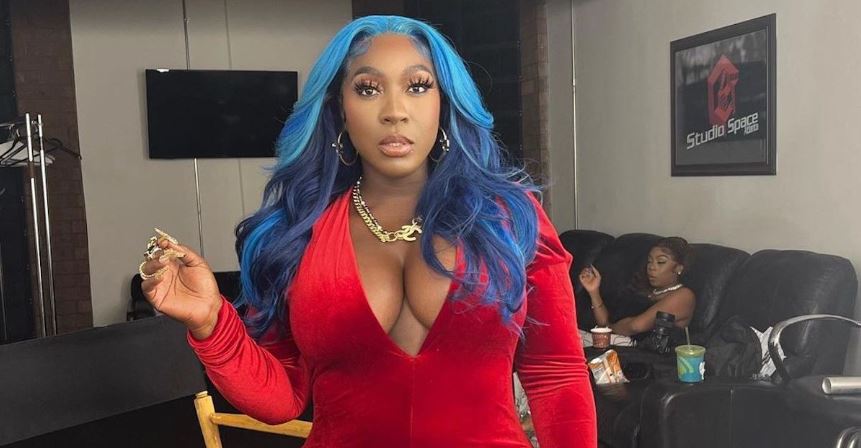 What is Spice’s net worth? The ‘Love & Hip Hop: Atlanta‘ star and dancehall artist is very wealthy – here are details about her fortune.

Spice is a Jamaican dancehall artist and businesswoman who joined the cast of LHHATL in Season 7.

Fans of VH1’s Love & Hip Hop: Atlanta may have gotten acquainted with Spice (real name: Grace Hamilton) during Season 7. However, the dancehall music artist has been making waves in the genre since the early 2000s. Spice has given fans tunes such as “Fight Over Man,” “Romping Shop” featuring Vybz Kartel, “Dear Honorable,” and more. As a result, Spice is known throughout the Caribbean and beyond as “The Queen of Dancehall.”

Truth be told, many dancehall artists hope to break into the U.S. music market to catapult their careers, and Spice joining the cast of LHHATL was the first step in doing so. Now that Spice is three seasons in, the 40-year-old has not only become a force in the music industry, but she has also made history as the first female dancehall artist to be nominated for a Grammy for Best Reggae Album. And it’s safe to say that Spice has done pretty well for herself in the financial department. So, what is Spice’s net worth? Here’s the lowdown.

Spice’s net worth is set to skyrocket.

As of this writing, Celebrity Net Worth reports that Spice has earned a net worth of $5 million. This number reflects Spice’s work as a dancehall music artist, clothing designer, and businesswoman. Aside from Spice creating chart-topping albums, the 40-year-old is the proud owner and creator of the brand Grace Noir. Spice also launched several ventures that include a sports bar and an online beauty store.

Spice and fellow ‘LHHATL’ star Karlie Redd have earned a No. 1 hit with the song “Werk.”

It’s no secret that Spice is a hitmaker. The Jamaican femcee has been known to collaborate with a slew of artists including Sean Paul, Vybz Kartel, Beanie Man, Jimmy Cliff, and more. So, it’s no surprise that artists in the dancehall genre make it a point to collaborate with the 40-year-old.

Spice has just added yet another No.1 record to her list of accolades thanks to the song “Werk.” The song, which features LHHATL cast mate Karlie Redd and Jamaican breakout artist Capella Grey, earned the No. 1 position on the iTunes Reggae chart.

Fans of the franchise are aware that Karlie has longed for a hit song. And after her hilarious impromptu performance of her song “Louis, Prada, Gucci,” fans were convinced that music was not her lane. However, with Spice in her corner, Karlie’s dream has become a reality.

Not too many Jamaican female dancehall artists have been able to successfully compete in the U.S. market. And since Spice has a Grammy nomination under her belt along with No. 1 songs, it’s safe to say that the sky’s the limit for the Jamaican artist.