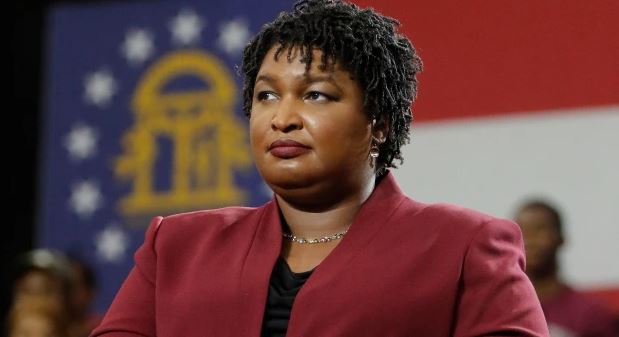 The 48-year-old has set her sights on the title of the Governor of Georgia for the second time. She served in the Georgia House of Representatives from 2007 to 2017, and as minority leader from 2011 to 2017.

In 2018, Abrams ran for governor of Georgia against then-Secretary of State Brian Kemp. Kemp pulled off a narrow victory over Abrams by 55,000 votes. Kemp’s narrow victory reignited the debate about how a history of voter suppression in Georgia may have shaped the outcome.

After the loss, Abrams founded Fair Fight Action, an organization attempting to tackle the long-running issue.

She had already been championing voter registration since 2014 through her New Georgia Project.

Abrams was credited with a large boost in Democratic votes in Georgia and an estimated 800,000 new voter registrations for the 2020 presidential election.

On December 1, 2021, Stacey Abrams declared that she intends to run for Governor of Georgia for a second time.

There’s more to know about Stacey Abrams, read on as TheVibely has gathered 15 facts about her that you’d love to know.

1. Who is Stacey Abrams?

Stacey Abrams is an American politician, lawyer, voting rights activist, and author who served in the Georgia House of Representatives from 2007 to 2017, serving as minority leader from 2011 to 2017. A member of the Democratic Party, Abrams founded Fair Fight Action, an organization to address voter suppression, in 2018. A voting rights activist, her efforts have been widely credited with boosting voter turnout in Georgia, including in the 2020 presidential election, when Joe Biden narrowly won the state, and in Georgia’s 2020–2021 regularly scheduled and special U.S. Senate elections, which gave Democrats control of the Senate.

2. How old is Stacey Abrams?

Stacey Yvonne Abrams was born on December 9, 1973. From her years of birth, she is 48 years old (as of 2021). She was born in Madison, Wisconsin, and raised in Gulfport, Mississippi.

Abrams has also found success as an author of both fiction and nonfiction. Her nonfiction books, Our Time Is Now and Lead from the Outside, were New York Times best sellers. Outside of politics, Abrams has published eight fiction books, using the pen name Selena Montgomery until 2021. While Justice Sleeps was released on May 11, 2021, under her real name. Abrams also wrote a children’s book, Stacey’s Extraordinary Words, released in December 2021.

4. Who are Stacey Abrams’ parents?

Stacey Abrams’ father’s name is Robert and her mother’s name is Carolyn Abrams. In 1989, her parents pursued graduate divinity degrees at Emory University. They became Methodist ministers and later returned to Mississippi with their three youngest children while Abrams and two other siblings remained in Atlanta.

Stacey Abrams grew up in Gulfport, Mississippi, one of six children whose parents had three tenets: go to church, go to school, and take care of each other. Her father, a shipyard worker, and mother, a college librarian, faced financial hardships of their own, yet they taught their children the value of service to others. No matter how much they struggled to make ends meet, Stacey and her siblings were taught that someone always had less and that it was their job to serve that person. Her parents were also steadfast in seeking the best possible educational opportunities – both for their children and themselves. Education and service, both of which remain central to Stacey’s identity today, was the impetus for the Abrams family’s move to Georgia.

6. How many siblings does Stacey Abrams have?

Stacey has six siblings and she is the second born to her Reverend parents. In 1989, the family moved to Atlanta, Georgia where she resides now. Her siblings include Andrea Abrams, U.S. district judge Leslie Abrams Gardner, Richard Abrams, Walter Abrams, and Jeanine Abrams McLean.

7. What school did Stacey Abrams attend?

She attended Avondale High School, graduating as valedictorian in 1991. In 1990, she was selected for the Telluride Association Summer Program. At 17, while still in high school, she was hired as a typist for a congressional campaign and then as a speechwriter based on the improvements she made to a campaign speech.

8. Who is Stacey Abrams’ husband and does she have children?

Is Abrams married? Abrams is not married and rarely discusses her relationship status.

She mentioned in a 2021 interview that a budding relationship had ended just before the Covid pandemic took hold.

The 48-year-old is largely dedicated to her work, but told CBS This Morning host Gayle King: “If a guy realizes I’m out here and wants to drop me a note, I’m looking forward to meeting him.’

In her memoir, she also revealed that she thought she would be in love and have children by the age of 28.

After graduating from law school, Abrams worked as a tax attorney at the Sutherland Asbill & Brennan law firm in Atlanta, with a focus on tax-exempt organizations, health care, and public finance. In 2010, while a member of the Georgia General Assembly, Abrams co-founded and served as the senior vice president of NOW Corp. (formerly NOWaccount Network Corporation), a financial services firm.

Abrams is CEO of Sage Works, a legal consulting firm that has represented clients including the Atlanta Dream of the Women’s National Basketball Association.

Abrams is a member of the Democratic party and was the Democratic nominee in the 2018 Georgia gubernatorial election, becoming the first African-American female major-party gubernatorial nominee in the United States. She lost the election to Republican candidate Brian Kemp, but refused to concede, accusing Kemp of engaging in voter suppression as Georgia Secretary of State. News outlets and fact-checkers have found claims of a stolen election difficult to prove. In February 2019, Abrams became the first African-American woman to deliver a response to the State of the Union address. On December 1, 2021, she announced she would run for governor again in the 2022 Georgia gubernatorial election and became the Democratic nominee after running unopposed.

11. Stacey is behind fair fight action

Fair Fight Action is an organization founded in 2018 by Stacey Abrams to address voter suppression, especially in the states of Georgia and Texas.

12. She co-owns Nourish and Now

Abrams co-founded Nourish, Inc. in 2010. Originally conceived as a beverage company with a focus on infants and toddlers, it was later rebranded as Now and pivoted its business model to an invoicing solution for small businesses. Now raised a $9.5 million Series A in 2021.

13. Abrams is a relentless changemaker

After her groundbreaking 2018 campaign for governor, Stacey did not quit. She got right back to work for the people of Georgia: Through multiple leadership positions in the small business, nonprofit, and government sectors. Stacey has opened the gates of opportunity to others across Georgia. Relieving medical debt for Georgians (Stacey helped pay off the medical debt of 68,000 Georgians), fighting for Medicaid expansion (Stacey advocated Medicaid expansion for 500,000+ Georgians and creation of 60,000+ Georgia jobs) putting money back in the pockets of families (Stacey raised funds to provide $1,000 checks to 100,000 families in need), helping small businesses stay afloat (Stacey helped small businesses access the capital they needed to stay open and create jobs), and many more.

14. What is Stacey Abrams’s net worth?

According to CBS News, Abrams has revealed she’s worth $3.17 million, according to state disclosures filed in March. That’s compared with a net worth of $109,000 when she first ran four years ago.

Her rapid ascent into millionaire status corresponds with her rise in national politics. Since her 2018 defeat to Republican Brian Kemp, Abrams has become a leading voting rights activist. She was considered a potential running mate to President Joe Biden and is widely credited with organizing voters in Georgia to help him become the first Democrat to carry the state in the presidential vote in 28 years. Along the way, she has earned $6 million, mostly driven by $5 million in payments for books and speeches.

In April 2018, Abrams wrote an op-ed for Fortune revealing that she owed $54,000 in federal back taxes and held $174,000 in credit card and student loan debt. She was repaying the Internal Revenue Service (IRS) incrementally on a payment plan after deferring her 2015 and 2016 taxes, which she stated was necessary to help with her family’s medical bills. During the 2018 Georgia gubernatorial election, she donated $50,000 to her own campaign. In 2019, she completed payment of her back taxes to the IRS in addition to other outstanding credit card and student loan debt reported during the gubernatorial campaign.