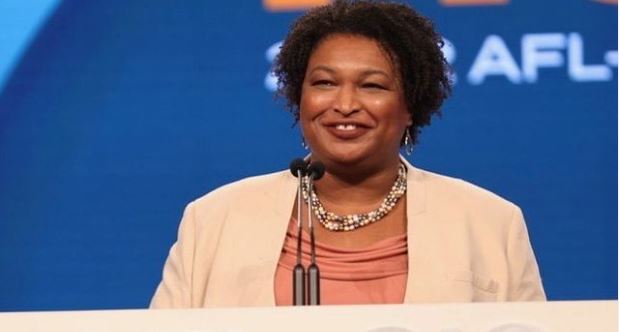 Is Stacey Abrams rich? How much is Stacey Abrams net worth? Read on to find out about the finances of the Democratic Georgia gubernatorial candidate.

The 48-year-old has set her sights on the title of the Governor of Georgia for the second time. Democratic Georgia gubernatorial candidate Stacey Abrams has cashed in big following her failed 2018 bid for governor. Since she is an influential politician in the world and a role model to many, her fans and followers would want to know more about her net worth and how much she earns. So, what is Stacey Abrams’ net worth? Read on to find out more.

Who is Stacey Abrams?

Stacey Yvonne Abrams was born on December 9, 1973. From her years of birth, she is 48 years old (as of 2021). She was born in Madison, Wisconsin, and raised in Gulfport, Mississippi.

Stacey Abrams is an American politician, lawyer, voting rights activist, and author who served in the Georgia House of Representatives from 2007 to 2017, serving as minority leader from 2011 to 2017.

A member of the Democratic Party, Abrams founded Fair Fight Action, an organization to address voter suppression, in 2018. A voting rights activist, her efforts have been widely credited with boosting voter turnout in Georgia, including in the 2020 presidential election, when Joe Biden narrowly won the state, and in Georgia’s 2020–2021 regularly scheduled and special U.S. Senate elections, which gave Democrats control of the Senate.

Stacey Abrams grew up in Gulfport, Mississippi, one of six children whose parents had three tenets: go to church, go to school, and take care of each other. Her father, a shipyard worker, and mother, a college librarian, faced financial hardships of their own, yet they taught their children the value of service to others.

No matter how much they struggled to make ends meet, Stacey and her siblings were taught that someone always had less and that it was their job to serve that person. Her parents were also steadfast in seeking the best possible educational opportunities – both for their children and themselves. Education and service, both of which remain central to Stacey’s identity today, was the impetus for the Abrams family’s move to Georgia.

What is Stacey Abrams’s net worth?

According to CBS News, Abrams has revealed she’s worth $3.17 million, according to state disclosures filed in March. That’s compared with a net worth of $109,000 when she first ran four years ago.

Her rapid ascent into millionaire status corresponds with her rise in national politics. Since her 2018 defeat to Republican Brian Kemp, Abrams has become a leading voting rights activist. She was considered a potential running mate to President Joe Biden and is widely credited with organizing voters in Georgia to help him become the first Democrat to carry the state in the presidential vote in 28 years. Along the way, she has earned $6 million, mostly driven by $5 million in payments for books and speeches.

In April 2018, Abrams wrote an op-ed for Fortune revealing that she owed $54,000 in federal back taxes and held $174,000 in credit card and student loan debt. She was repaying the Internal Revenue Service (IRS) incrementally on a payment plan after deferring her 2015 and 2016 taxes, which she stated was necessary to help with her family’s medical bills. During the 2018 Georgia gubernatorial election, she donated $50,000 to her own campaign. In 2019, she completed payment of her back taxes to the IRS in addition to other outstanding credit card and student loan debt reported during the gubernatorial campaign.

How many siblings does Stacey Abrams have?

Stacey Abrams’ father’s name is Robert and her mother’s name is Carolyn Abrams. In 1989, her parents pursued graduate divinity degrees at Emory University. They became Methodist ministers and later returned to Mississippi with their three youngest children while Abrams and two other siblings remained in Atlanta.

Stacey has six siblings and she is the second born to her Reverend parents. In 1989, the family moved to Atlanta, Georgia where she resides now. Her siblings include Andrea Abrams, U.S. district judge Leslie Abrams Gardner, Richard Abrams, Walter Abrams, and Jeanine Abrams McLean.