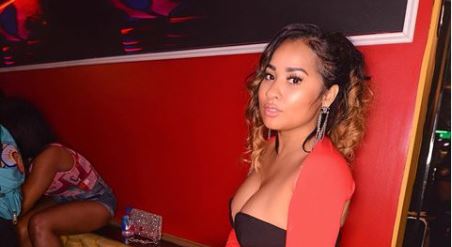 Who is Tammy Rivera in a relationship with and does she have a boyfriend now? Read on to find out more.

It’s been nearly a year since Waka Flocka and Tammy Rivera called it quits, but their relationship is still being talked about.

The couple got married back in 2014, and for a while their life was displayed for thousands of people to see. After being on shows like Love & Hip Hop Atlanta and Marriage Boot Camp, the two were used to fans being in their business– but now, they’re over it.

Tammy Rivera has been linked to a number of men after split from Waka Flocka. But is she really off the market, has she moved on, and who is her boyfriend now?

Tammy Rivera is currenlty single and not dating. She recently shut down dating rumors amid split from Waka Flocka. Tammy says the only thing she’s searching for is a peace of mind.

Recently, Tammy has been seen out with a few men in Atlanta, making her a victim to numerous rumors. However, she shut all of them down during an interview with Page Six. When asked about her previous outings, she stated, “It’s not true… There’s nothing to talk about. One time they said I was on a date and I was out with my best friend.”

The 36-year-old stated that throughout the years, she’s managed to become unbothered by the gossip. “People say things, I don’t care,” the mother of one stated. In terms of what she’s really after, she added, “I just want peace, happiness and have a peace of mind– that means everything to me, truly.”

Other than that, the songstress has been focused on providing for her daughter, Charlie. She admitted that she’s felt the need to hustle harder amid the breakup, saying, “I don’t want her to feel any void because me and Waka are not together anymore or feel like our [lifestyle] has changed because it has not. The same things that we had when I was with Waka is the same things we have now.”