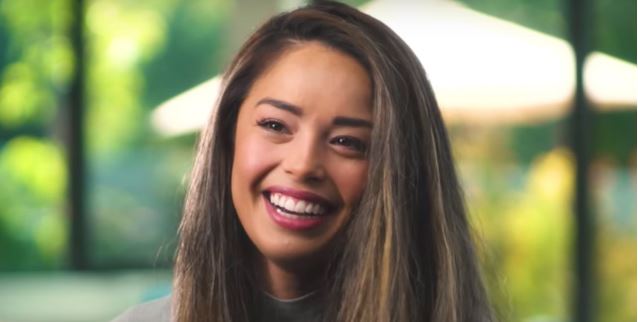 Who is Valkyrae and how did she become popular? Biography facts about the YouTube streamer who is regarded as one of the big Twitch personalities.

Rachell “Rae” Hofstetter better known as Valkyrae, is an American Internet personality. She has been YouTube’s most-watched female streamer since 2020 and appeared on Forbes‘ 30 Under 30 list in 2022. She was named “Gaming Creator of the Year” by Adweek and has won a Game Award and a Streamy Award.

Hofstetter is a co-owner of 100 Thieves, an esports and apparel company, and has been a content creator for the brand since 2018. Hofstetter is an advocate for women in online gaming, sometimes playing games on all-female teams.

Valkyrae has huge social media following since she shot to fame. So, who exactly is Valkyrae, how rich is she, is she even dating, and who are her family members?

Valkyrae, is a Filipino-American YouTuber, former Twitch streamer, Instagram personality, and professional Fortnite and Among Us player.

She was born with the name Rachell Hofstetter on January 8, 1992, in Washington, United States. She is currently 30 years old.

Rae is a German and Filipino national but is of German, Filipino, Spaniard, and Swiss descent.

She has two brothers and one younger sister. She graduated with an associate in arts from a community college in Washington.

Rae lost her father due to cancer in April 2017. She has talked about her father not understanding what she did for a living, thinking she was working at PayPal.

Prior to streaming, Rae worked at a variety of jobs, such as being a Gamestop employee and a bank clerk.

Rae’s gamer tag used to be Legend of Rae, referencing the game Legend of Zelda. She began to think the username was awful, so she tried to find a new one. She found out about the word Valkyrie, and she attached Rae at the end, leading to the name Valkyrae.

She is a content creator and co-owner of 100 Thieves.

In 2014, while working, she began sharing her gaming hobby on Instagram, gaining a significant following. She was encouraged by various Instagram followers, friends, and Twitch streamers to start streaming on Twitch, beginning in 2015. After gathering a following, Hofstetter began posting gaming videos on YouTube.

Valkyrae is known for energetic and enthusiastic streaming while also maintaining charitable events.

When did Valkyrae start YouTube and how many subscribers does she have?

She created her YouTube channel back in 2014 but didn’t start uploading videos until 2018. She has also collaborated with other Fortnite streamers such as Cizzorz, Daequan Loco, Myth, and Pokimane.

As of September 27, 2021, Rae has 325 uploads, 3.71 million subscribers, and 229 million views on her videos. She has videos uploaded to her channel every week. Her videos mostly consist of Among Us, Minecraft, Valorant, Fortnite, and vlogs. Rae streams on YouTube nearly every day.

Rae had been playing Valorant since the closed beta in April 2020. She has gained Viper since then, who is not a commonly played agent in Valorant. This soon turned to a joke where people would tell her that she is the best Viper they know, to which Rae would respond with, “I am the only Viper you know!”.

Rae quit Valorant in November 2020, focussing on streaming Among Us. However, in January 2021, she started playing again, leading her friends to play the game more.

She is also known as the Clutch Queen/ClutchyRae since she can clutch rounds surprisingly and win really important rounds on the way to Victory.

Valkyrae plays Among Us

Rae started playing Among Us in late August 2020. This is what first ignited the astonishing fame she would later achieve. Because of Among Us, Rae started gaining a lot of viewership and followers. She started creating Among Us content for her YouTube channel. Even though she was already relatively popular, Among Us had a huge impact on her success in 2020 and gave her many different opportunities.

Rae’s go-to character in Among Us is the red color with the mask. On her YouTube thumbnails, her character is still red; however, her long hair would also be a part of it.

Among Us is where Disguised Toast, Sykkuno, Corpse, and Rae formed their small group, Amigops.

What music videos did Valkyrae star in?

Aside from streaming, Rae has been featured in music videos. In 2021, she starred in “Day Walker” by Machine Gun Kelly (featuring CORPSE HUSBAND). In the same year, she appeared in Bella Poarch’s music video for “Build a B!tchh”, and “Inferno” by Sub Urban & Bella Poarch.

In 2022, Rae appeared in “Dolls”, a music video by Bella Poarch. Valky also starred as herself in “Last Cup of Coffe” by Natsumiii & Valkyrae (featuring LilyPichu).

How many awards and recognitions does Valkyrae have now?

Rae has received several accolades and nominations for her gaming talent as well as being a content creator. Some of them are listed below:

Who is Valkyrae in a relationship with and who has she dated before?

Even though Rae admires women on a whole different level, she is straight.

Rae dated fellow streamer Sonii (actual name– Michael Sherman) for four years. They started dating in January 2016 and broke up in January 2020 to focus on their careers. The two lived together before their breakup, and Rae moved to the Screamer House. With all roommates in the Screamer House parting their ways, it had been speculated that Rae and Sonii moved back in together again, as their dogs (Rae – Mika, Sonii – Naru) had been spotted when they were streaming around the same timeframe on the same day.

Nevertheless, based on some deleted tweets from Sonii, the couple seems to have broken up yet again (if they ever got back together in the first place). This also aligns with the theory that they had moved in together since Rae was spending a few days in the OTV house and when she went back, Miyoung moved in with her for a few months. The pair has once again been on different pursuits, and Rae even formed another “Screamer House” with her, Miyoung, Fuslie, Yvonnie, and Sykkuno.

Rachell “Valkyrae” Hofstetter was rumored to be in a relationship with fellow OTV streamer Sykkuno. On a recent stream, she said that she sees Sykkuno as a brother and that he tends to act that way. She said that the two have become extremely close and are both very protective of each other.

What is Valkyrae’s net worth?

Valkyrae is an American celebrity who has had immense success and popularity in the last few years again and has a net worth of $3 million.

Valkyrae is a very successful woman, who has a huge crush on cars, and she likes to own some of the best. She currently owns a very beautiful Cadillac and Mercedes.

SportsKeeda estimates her monthly salary from YouTube alone to be around $150,000, adding that her 2021 earnings got leaked and it was evident that her streams make $173,000 per month. However, this is her income from YouTube alone, which means that the money she makes from other sources, like being a part of the 100Thieves content creation team, for instance, isn’t included in this.

What is the net worth of Valkyrae?

Valkyrae total net worth is around $3 Million.

What is the age of Valkyrae?

What is the Salary of Valkyrae?

What is the Height of Valkyrae?

What is the name of Valkyrie’s husband?