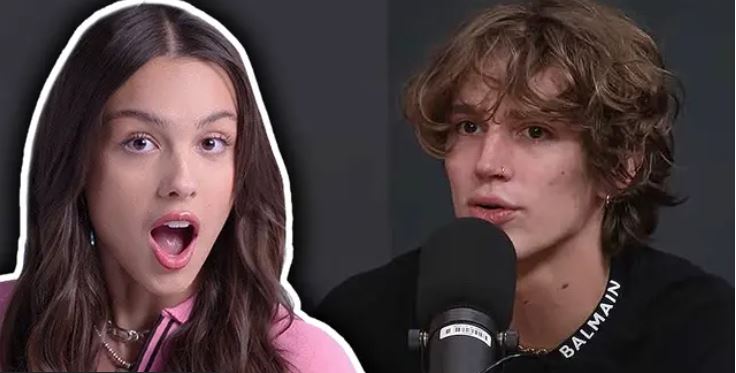 100 Thieves star Vinnie Hacker explained the story behind his viral photos with singer Olivia Rodrigo, which had fans convinced the two were secretly dating earlier this year.

Vinnie Hacker is an uber-popular TikToker and Twitch streamer who signed with esports and entertainment org 100 Thieves in May 2022.

Vinnie has admitted that his meteoric rise to internet stardom felt like “growing up too soon,” and has dealt with both the euphoric ups and distressing downs of online fame… including the backlash around his choice of girlfriends.

The influencer has even claimed he was “scared” to have a girlfriend in the past due to the previous backlash and harassment his dates have dealt with from his fanbase — but one possible girlfriend really sent the internet into a tizzy.

Shortly after signing with 100 Thieves, Hacker was spotted getting cozy with viral singer-songwriter Olivia Rodrigo at an event, instantly sparking dating rumors.

The photos went viral, and fans were thoroughly convinced the two stars were a secret couple.

Unfortunately for these hopeless romantics, Rodrigo began publicly dating 26-year-old DJ Zack Bia back in April and is reportedly still seeing the artist after her breakup from Adam Faze.

Months later, Vinnie is officially putting the rumors to rest, as told during an August 18 episode of the 100 Thieves podcast with co-hosts Nadeshot and CouRage.

“We went to her show,” he explained. “I’ve known her for like six, eight months now. We met at my friend’s birthday party and I was hanging out with a group of her and her friends and me and my friends.”

“Apparently, Jack has met her before — he’s my close buddy. So basically, Jack knew all those people she was hanging out with and we were just chilling the whole night.”

“We became friends with her and then I went to her show that night, and afterwards — I can’t remember what it was called, where went — it was her and a bunch of her friends who went to the show, so yeah.”

There you have it; according to Vinnie, he and Rodrigo are just friends who’d hung out together at a local haunt after one of her live shows, where the photo seems to have been snapped.

For now, it looks like Rodrigo is still seeing Zack Bia — the ex-boyfriend of fellow influencer and budding music artist Madison Beer.