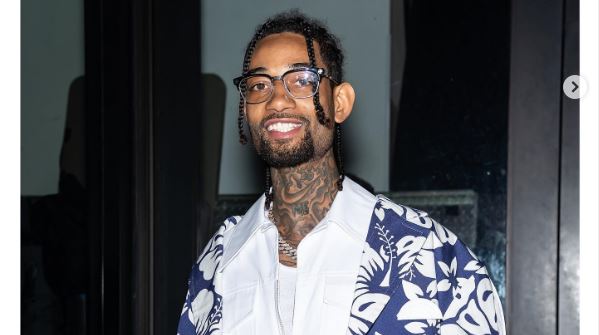 PNB Rock was making a name for himself as a platinum-selling artist, who forged his way out of Philadelphia to become one of the most sought-after, upcoming artists of his generation.

The rapper was reportedly assaulted during an attempted robbery.

A flurry of information is being shared online following a gruesome video going viral. There was an ongoing report about rappers and celebrities being targeted in major cities, especially Atlanta and Los Angeles. Officers in both cities have issued statements about the influx of crimes against people in the entertainment industry, specifically artists and athletes.

We’ve reported on the famous becoming victims of home invasions—some even losing their lives—and there have been reports of people being attacked in the streets in broad daylight. Little information about this case is known at this time, but it has been reported by several sources that PNB Rock has been shot in Los Angeles on September 12, 2022.

Social media users found that the rapper’s girlfriend allegedly posted that they were at the famous Roscoe’s Chicken and Waffles, and later, a video surfaced showing a man in the restaurant laying face down in blood. He is seen being attended to by either patrons or workers as he slowly attempted to move.

“Philadelphia rapper PNB Rock was just shot in Los Angeles California. The video on Twitter is too gruesome to post. He has been transported to a nearby hospital. Let’s pray he survives [praying hands emoji]. Please nobody post the video in this comment section. It is highly disrespectful.”

Sadly, it was confirmed the man in question was PNB Rock, the Philadelphia rapper who was shot and killed following an armed robbery in Los Angeles.

Unfortunately, his time was cut short on Monday (September 12), after he was shot and killed during an armed robbery at a Los Angeles Roscoe’s Chicken & Waffles restaurant.

The “Selfish” rapper, whose real name is Rakim Hasheem Allen, was immediately transported to a hospital after the shooting, but ultimately didn’t pull through. He was pronounced dead at 1:59 p.m. PST. According to eyewitnesses, the attack was a full on robbery attempt at taking the rapper’s jewelry after his girlfriend posted a location-tagged photo of the couple’s whereabouts in a since-deleted Instagram post.

According to LAPD Captain Kelly Muniz, the perpetrator “shot the victim and ran out the side door to a getaway car and then fled the parking lot.” Investigators are currently checking security video from inside the restaurant to identify the shooter.