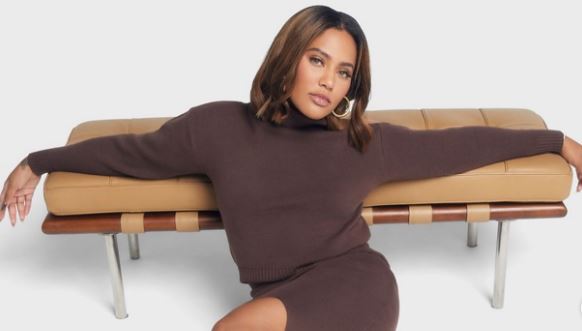 How much money does Ayesha Curry make? Read on to find out how rich the wife of the NBA player is and more about her net worth.

Every NBA fan knows who Golden State Warriors point guard Stephen Curry is and chances are they know who his wife Ayesha Curry is too.

Steph and Ayesha have become one of the most recognizable star couples so fans always have questions about the pair and their relationship. Because of Ayesha’s success as a chef, many have wondered what her net worth is compared to her husband’s. Here’s the answer to that, plus the secret to their happy marriage.

Steph and Ayesha are close in age as they’re one year and nine days apart.

Steph was born on March 14, 1988, in Akron, Ohio, to Sonya Curry and former NBA player Dell Curry. Steph grew up in Charlotte, North Carolina, and is the oldest sibling of fellow NBA star Seth Curry and their sister Sydel. After becoming a standout player at Davidson, Steph was selected by the Warriors with the seventh pick in the 2009 NBA Draft. Today, he is regarded as one of the best shooters in the game and has won multiple championships with The Dubs.

Steph’s future wife was born on March 23, 1989, in Ontario, Canada, to parents John and Carol Alexander. She was raised in a suburb outside Toronto until she was 14 when her family moved to Charlotte, North Carolina.

Where did Steph Curry and Ayesha meet?

Ayesha and Steph first met at a church youth group when they were teenagers. They began dating a few years later and were married on July 30, 2011, before welcoming three children.

Before cooking, Ayesha had a career in acting. She played Keeley Hawkins on the television series Whittaker Bay in 2008. She also appeared in the films Dan’s Detour of Life and Love for Sale. After marrying Steph, Ayesha started a food blog and demonstrated how to prepare meals on her YouTube channel. In 2016, Curry began hosting her own cooking show for the Food Network. She has also served as a judge on Chopped Junior and Guy’s Grocery Games. Ayesha has written cookbooks and has a cookware line.

What is the net worth of Stephen Curry and Ayesha?

Celebrity Net Worth reported that she is worth $10 million. While Ayesha’s net worth is certainly nothing to sneeze at, it’s not nearly as much as her hubby’s. According to Celebrity Net Worth, Steph has a hefty salary from the NBA and product endorsements of $70 million with an estimated net worth of $160 million.

In addition to being a global superstar for his accomplishments on the court, Steph’s also a family man. Those who know him spoke about that in May 2021 when he was weighing a decision about whether or not to play in the Summer Olympics in Tokyo.

“I think he’s taking time to figure that out,” Warriors general manager Bob Myers told 95.7 THE GAME in San Francisco. “I don’t think (his) family can go, which people don’t factor in sometimes to these decisions. I know he will; that matters. But do you want to be away… He’s going to make the call that suits him best.”

Key to the Currys happy marriage

Ayesha previously spoke about some of the keys to her and Steph’s happy marriage.

“I want to say that we’re good communicators… that’s what keeps our bond strong,” she previously said during an interview with Hello Giggles. “Even when we don’t want to talk about something, we talk about it. Especially from my perspective, I’m a lay it all out on the table kind of girl, so whether it’s a tough conversation or an easy conversation, I never have a tight lip. I tell it like it is and I tell it straight, and ultimately I think it keeps things a lot better for us.”

Ayesha added: “The biggest thing, both of our parents are still married and have been married for 30+plus years, and the one thing that they both shared with us is just making sure that we put each other first, even before the kids, as tough as that sounds. Putting ourselves first, and making sure that we make time for date nights and for each other”.

“That’s been very important, as hard as it is. Because when you become a parent, you want to put your kids first, and we do, but we do it second to our relationship. Because ultimately, when our relationship is good, the kids are happy and they’re thriving and our family life is good. We have to put that into perspective and realize that it’s not us being selfish, it’s making sure we set a strong foundation.”