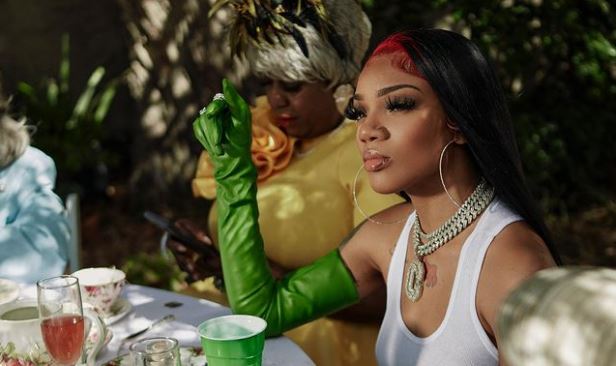 GloRilla has quickly become one of the hottest female artists in the industry. Since dropping her hit single, F.N.F. (Let’s Go), she’s performed at Rolling Loud, gotten a record deal, and won an award for her talents.

While people love her for her musical abilities, the Memphis native also garners popularity because of her personality. Whether she’s trending for her dance moves or clapping back at haters, fans love that she’s herself unapologetically.

On October 8, 2022, the “Tomorrow” rapper won her supporters over once more. For hours, social media users were in a frenzy due to the artist’s middle name being revealed. A shared post told the internet that GloRilla was born “Gloria Hallelujah Woods.”

Many people poked fun at the news, while some thought it was cool and reflected the rapper’s success.

However, Glo did not care about anyone’s opinion and quickly told Twitter how she felt. “[And] why y’all acting like Ian been told y’all my middle name hallelujah? Dats why I’m so blessed & my p*ssy so good [duh]! Common damn sense,” she said.

She also responded to a user who claimed she was a prophet, saying, “Exactly! I be prophesying to the people.”

Aside from addressing her birth name, the 23-year-old also changed her profile picture. She added an image of Sid, a popular character from the movie Ice Age– something people often compare her looks to.