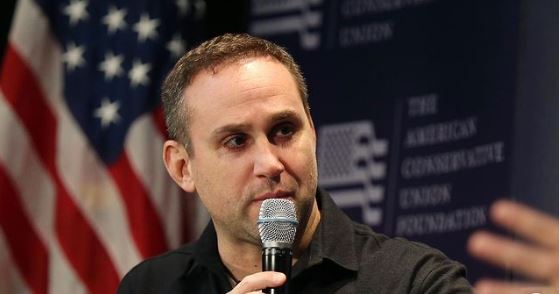 How much is Michael Rubin’s net worth? Read on to find out the personal wealth of the CEO of Fanatics.

Michael G. Rubin is an American businessman, philanthropist, and social activist. He is the CEO of Fanatics, the world’s leading provider of licensed sports merchandise; and executive chairman of Rue Gilt Groupe, the premier off-price e-commerce portfolio company, which includes RueLaLa.com, Gilt.com, and ShopPremiumOutlets.com. He previously founded GSI Commerce in 1998, selling it to eBay in 2011 for $2.4 billion.

Rubin started the viral “All In Challenge”, where celebrities, influencers, and brands donated valuable possessions or once-in-a-lifetime experiences to raise $60 million to fight food insecurity during the COVID-19 pandemic.

Rubin was a partner of the Philadelphia 76ers basketball team from 2011 and the New Jersey Devils hockey team from 2013 before selling his ownership stakes in both franchises in June 2022. In an interview with Fox Sports, Rubin attributed the sale to his focus on the expansion of his Fanatics business.

He is also the co-chair of the REFORM Alliance, a criminal justice reform organization that he launched in January 2019, together with Jay-Z, Meek Mill, Robert Kraft, Robert F. Smith, Clara Wu Tsai, Daniel S. Loeb, Michael Novogratz, and Laura Arnold.

Rubin was born to a Jewish family, the son of Paulette and Ken Rubin. His mother was a psychiatrist and his father was a veterinarian. He grew up in Lafayette Hill, Pennsylvania where he started a ski-tuning shop in his parents’ basement when he was 12, and two years later, using $2,500 in bar mitzvah gifts as seed capital and a lease signed by his father, he opened a formal ski shop in Conshohocken, Pennsylvania named Mike’s Ski and Sport.

By the age of 16, he was some $120,000 in debt and was able to settle with his creditors using a $37,000 loan from his father under the condition he attend college. Rubin agreed, continuing to operate the business, which grew to five ski shops before he entered college. He attended Villanova University for a semester before dropping out after realizing a large gain on an opportunistic transaction. This involved buying $200,000 in overstock equipment at a deep discount with $17,000 borrowed from a friend and re-selling it for $75,000.

On Wednesday (June 22, 2022), 76ers minority owner Michael Rubin announced that he’d be selling his 10 percent stake in the team to further pursue his interests in expanding the Fanatics brand into the sports gambling world, which would create a conflict of interest as an owner.

In October 2011, Rubin bought a minority share in the Philadelphia 76ers. Rubin is a member of the investment group that won a $280 million bid for the team.

Two years later, as a member of the same investment group, Rubin bought a share in the New Jersey Devils hockey team and management of the Prudential Center for $320 million. The deal was approved by the NHL and announced on August 15, 2013.

In June 2022, Rubin sold his stakes in both franchises due to anticipated conflicts between his role as CEO of the growing Fanatics business and the rules of sports team ownership.

What is Michael Rubin’s net worth?

Rubin has been included in the Forbes 400: The Richest People in America, the Forbes: The World’s Billionaires list, and the Bloomberg Billionaires Index. His personal wealth, as of September 2021, was valued at $8 billion.

Michael Rubin is the founder and CEO of online sports merchandising retailer Fanatics. After dropping out of Villanova University, Rubin started GSI Commerce, which he sold to eBay for $2.4 billion in 2011. As part of the deal he paid $500 million for majority ownership of 3 assets eBay didn’t want: Fanatics, Rue La La and ShopRunner. In 2018, flash-sales site Rue La La acquired rival Gilt Groupe. In 2019, mall operator Simon Property Group took a 50% stake in the combined company. Rubin sold ShopRunner to FedEx for an undisclosed amount in 2020. He still owns minority stakes in Fanatics and Rue Gilt Group. According to Forbes, Michael Rubin is worth $8 billion.