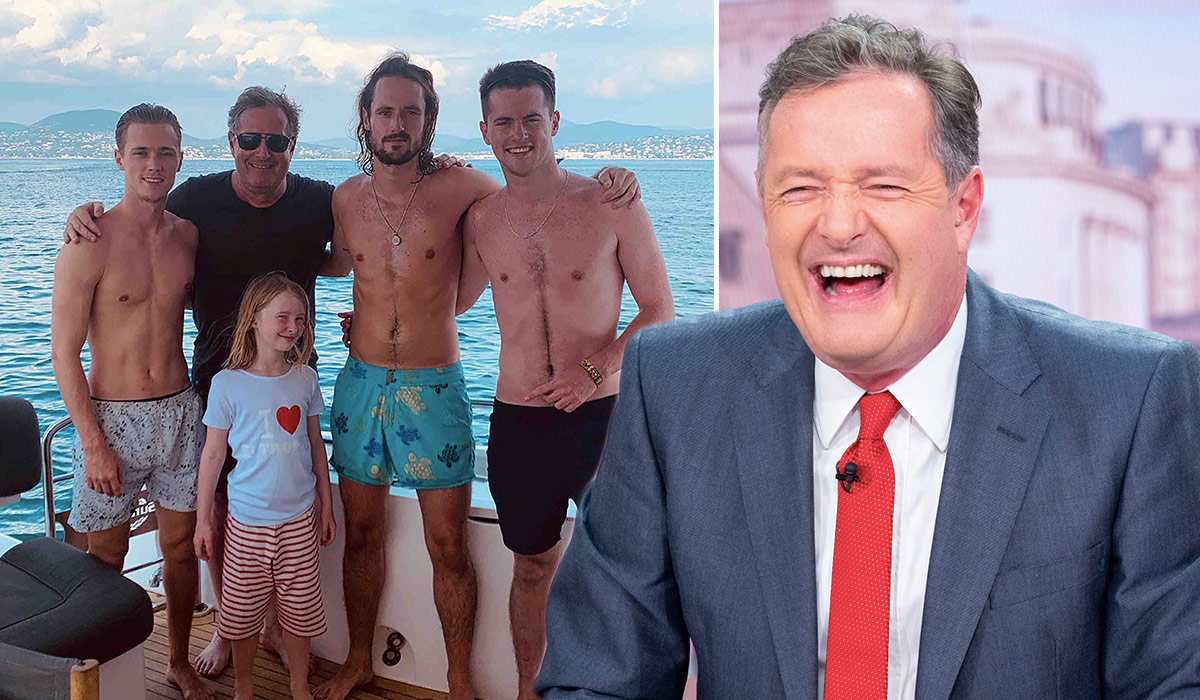 How many children does Piers Morgan have now? Inside the family and personal life of the British broadcaster and Tv personality.

Piers Morgan Uncensored is a television programme presented by Piers Morgan. It has been broadcast on TalkTV weeknights at 8 pm in the UK since 25 April 2022. It is also broadcast internationally on Sky News Australia in Australia and Fox Nation in the United States.

The new show, Piers Morgan Uncensored, is intended to offer viewers all over the world the Morgan fix they were supposedly yearning for after his CNN show was canceled in 2014, his time on America’s Got Talent came to a close, and his more recent walkout from Good Morning Britain last year (in 2021), when his weather reporter accused him, accurately, of nursing a vitriolic obsession with Meghan Markle.

Away from his new show, Piers Morgan is a family man. He has been married twice and had children from each relationship – but who are the TV presenter’s kids?

How many children does Piers Morgan have?

The TV host had boys Spencer, Stanley, and Albert with his first wife Marion Shalloe.

After marrying fellow journalist Celia Walden, they welcomed Elise in 2011.

And like his dad, he is fond of celebrity selfies – he is known for hanging out with celebrities and reality show stars, such as Georgia Toffolo, Niall Horan, and Mark Wright.

Spencer made headlines in 2019 when he falsely announced he would be heading into the Love Island villa.

Piers often says that his sons are approached by the show all the time to be on matchmaking series.

Speaking on GMB at the time he said: “My sons get approached for these shows but they know I’ll write them out of the will if they go on.”

Spencer backed his father following his exit from Good Morning Britain, posting a picture on his Instagram with the caption: “Team Piers. Always, forever.”

Back in 2019, fans of Piers previously urged Stanley to sign up for Love Island, after he shared a topless snap of himself on social media.

Stanley is seen flexing his muscles in a pair of swimming trunks beside a table tennis table.

One follower gushed: “Phoawwww is he single” while another suggested: “He should go on Love Island.”

But away from the limelight, Stanley is a co-founder and creative director at independent film company One Five Five Productions.

Piers proudly showed off his son’s short film on loneliness in January 2021 and called the scenes “powerful stuff”.

Piers’ youngest son Albert, 21, was revealed to have had symptoms of coronavirus in April 2020.

The presenter shocked his former GMB co-host, Susanna Reid, with the admission on the ITV breakfast show

Piers said: “One of my sons had it in a much milder way. My youngest boy.

“I think most people are associating (lack of taste and smell) that with the virus, it’s a very unnerving thing to get.”

Albert – affectionately known as Bertie – completed his A-Levels in 2019 and shares his dad’s love of football club Arsenal, regularly posting about the Gunners on his social media feeds.

In 2018, Piers revealed Bertie was rushed to hospital after dislocating his shoulder in a rugby match.

Bertie, who boasts 13.4k followers on Instagram and over 6,000 on Twitter, definitely likes to keep himself out of the limelight.

Elise is the youngest of Piers’ brood – and his first daughter – arriving on November 25, 2011.

That makes her ten years old.

She is also the presenter’s only child with his second wife Celia Walden.

It seems Elise, much like her famous father, isn’t afraid of the camera as she posed with a big grin on her face while on a family holiday in Los Angeles, California in 2020.