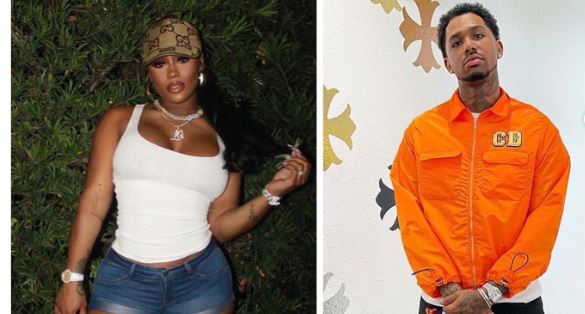 It looks like Lira Galore has a new boo, and the two are currently kicking it in the Dominican Republic.

Both Lira and rapper Rico Cash both posted that they were kicking it out in DR, and in one photo, in particular, Rico could be seen hugged up with Lira’s lower body as they kicked it poolside. So of course we needed to get the details when it came to these two.

Rico’s team exclusively confirmed to The Shade Room that he and Lira “are officially dating.”

For those who may not know Rico Cash, he is a rapper from the West Side of Atlanta. He started off in the music industry while still in high school. After spending some time in prison, he was released in early 2021, and he has been going hard with his music ever since.

Last year he dropped his latest project “The Get Back.”

As many of you know, Lira Galore was previously engaged to Pierre “Pee” Thomas, the CEO of Quality Control Music. The former couple welcomed their daughter Khaleesi back in 2019.