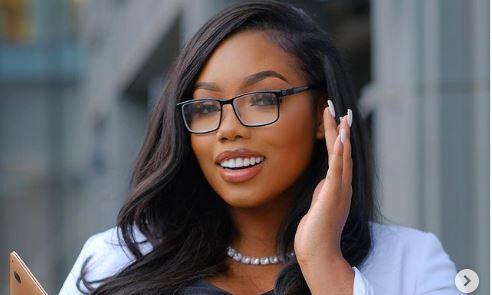 Meet the ‘Queen of Atlanta’ aka Deja, a 21-year-old self-made millionaire. Here’s how she started and more about her family and personal life.

While a lot of people in their early or late twenties are still in college, some struggling with their studies, some are in debt, and more stranded on what to do for a living, others too are already successful without a college.

Deja decided against the ‘traditional route’ of going to college and instead pursued an entrepreneurial career as a teenager.

From selling AirPods to venturing into Airbnb, and now doing interior designing addition, Deja is a successful businesswoman without a College degree. So, how did she achieve all her wealth and what exactly is her net worth. Is she dating anyways? Read on to find out more.

She is a 6-figure Airbnb host, interior designer, coach, and mentor. She became famous when she was featured on Truly‘s YouTube channel where she shared a little about herself.

2. She is 21 years old and from Atlanta Georgia

She was born and raised in Atlanta Georgia on 16 November 2000. Her zodiac sign is Scorpio. She stands at a height of 5 feet 7 inches.

She graduated from Tri-State’s High School. According to her vlog on YouTube, she hated high school so much.

3. She is not from a rich family

She grew up in a middle-class family. They are all Christians and believe in God.

Her mother is a teacher and her stepfather (Dwayne) is also a teacher. Her mother’s name is Stacy Collier. Her mom always remembers when Deja was shy and was stranded on what to do with herself, however, she recounted that she was talented in business and marketing.

She has a sister called Jessica. She has a cousin called Bonji.

She is her family’s first millionaire

She moved out of her mom’s house when she was 19 years into her first apartment in Downtown Atlanta, over there she was paying rent for $2,000. She involved herself in selling AirPods to cater to herself. From her Aipods business, she made $70,000 in 8 months which she invested in Airbnb and has now built a portfolio of AirBnBs in January last year.

4. She never went to college

Being a daughter of well-educated parents, Deja’s parents are all teachers so they were big on schooling, securing good grades, and going to college. Her family wanted her to go to college but she never wanted to choose the traditional route of life as she was against it. Rather, she was focused on making money hence her decision to enter the world of business straight as a teenager.

5. She is into Airbnb business, interior designing, and does life coaching for a living

She is the CEO and founder of Top Tier Atlanta Luxury, an interior design project. She owns 64 ATL Airbnb properties (as of the time of this article) and also has an online course where she’s helping over 1,000 students become successful in the Airbnb business.

She started her Airbnb in January 2021 because she heard it gives a passive income and also unlike the traditional work, she wanted to be her own boss.

After receiving a lot of positive comments about her decor choices, Deja began doing interior design alongside establishing multiple AirBnBs.

From all her endeavors before Airbnb, she was making $600 to $700 and getting into Airbnb, she started making $20,000 to over 30,000. From starting her first Airbnb in January 2021 to February 2022, she made her first million dollars just a couple of months after her 21st birthday.

She loves traveling and going on vacations. She’s been to Jamaica, Turkey, Tulum, the Caribbean, Los Angeles, and Dubai, just to mention a few.

After working hard, Deja has treated herself to designer bags, a $15,000 Rolex watch, and a luxury car.

Deja welcomed Truly, an online media company on YouTube, into her home aka ‘The Queen Estate’. She hosted a party with her nearest and dearest to celebrate her now having 60 AirBnBs in her portfolio. Deja told Truly: “I invested in myself and I built my success from the ground up.”

A post shared by Verified In Real Life 💎 (@originalqueennn)

Her favorite musicians are Drake, and Beyonce. She loves basket ball. She atteneded one of Drake’s ‘Certified Lover Boy’ concerts.

A post shared by Verified In Real Life 💎 (@originalqueennn)

8. She vibrant on social media

Deja has a TikTok account where she mostly shares her life, and slideshows of her job from designing, with 68.7K followers and over 1 million likes. She shares her luxurious lifestyle on her Instagram page with 18K followers. She has her own YouTube channel with the name “Living Life With Queen” which she is now growing where she shares vlogs and teaches people how o start an Airbnb business.

9. Who is Deja dating and does she have kids?

There are no traces of Deja and any guy on her social media platforms. But this doesn’t mean she is single. Deja is in a relationship with which she has chosen to make it private. “It’s too early to say I love him but it’s going good like he’s going good. We’ve been talking for a few months now going on maybe 4 or5 months and it’s smooth”, she noted.

Deja is keeping her man off social media possibly because she is focused on creating generational wealth or she is a private person who doesn’t involve herself in public display affairs. Deja has no kids.

10. What is Deja Queen of Atlanta’s net worth?