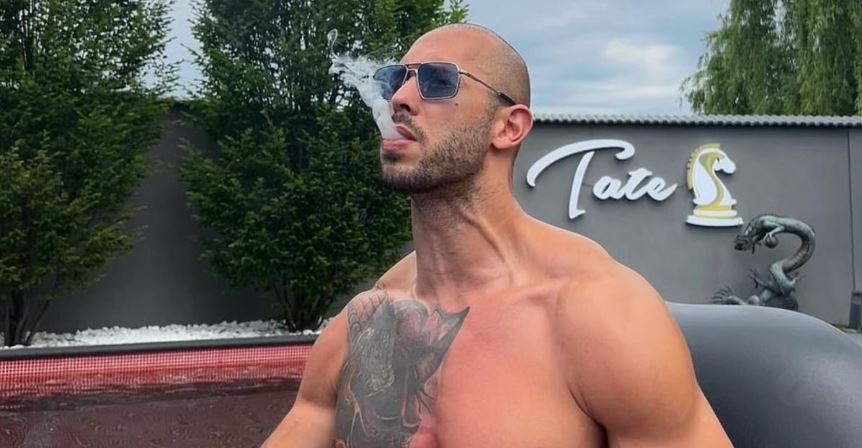 Andrew Tate‘s misogynistic content is already being wiped from the internet – what exactly made him famous?

You’d quite literally have to be living under a rock to have not heard Andrew Tate’s name as of late. The former professional kickboxer-turned-influencer has been making headlines for a variety of controversial takes on subjects involving gender roles, equality, and more, and it seems as though every day more and more people are discovering his content.

Naturally, the reason behind virtually all of Tate’s current fame is controversy, which leads to the question: Why is Tate so popular? What about his demeanor, viewpoints, and takes resonate with so many millions of followers online? Keep reading to find out what we know, including details on the allegations raised against him.

Why is Andrew Tate so popular?

Tate’s professional career blossomed as a kickboxer, but its his role as an internet personality that has made him as famous and popular as he is today. After being kicked off of Big Brother in 2016 for attacking a woman, per the BBC, Tate went on to become a famous social media influencer who regularly spouts misogynistic, sexist, bigoted, and overall harmful viewpoints to millions of conservative followers.

Thanks to a slew of podcast appearances and viral videos on the likes of TikTok and Instagram, Tate’s fame was supercharged almost overnight. His fame plays into a larger issue of toxicity among young men on the internet, and many have raised valid issues with him posting the type of rhetoric that he does, saying that he is negatively influencing impressionable men and boys to exhibit all of the aforementioned poor character traits.

In a statement to NBC, Tate billed himself as a “success coach” with a very thought-out “online character.” To claims that he’s a misogynist, he stated that he has made “many videos praising women,” and claims that his videos teach men “to avoid toxic people as a whole,” not just women. This includes all “low value people,” including “toxic men.”

Tate went on to add that “It has nothing to do for hate for women, it’s simply about good and bad people. My mother is my hero.”

All of the fame in the world couldn’t protect Tate from the inevitable repercussions of violating every major social media platforms’ terms of use, however. Indeed, the controversial personality has already been banned from TikTok, Instagram, Twitter, and Facebook, as the push online to completely de-platform him is growing in momentum by the day.

Andrew Tate has had some serious allegations raised against him.

The allegations that have been raised against Tate as of late are simply adding fuel to the flame of his public persona imploding. Per The Daily Beast, Tate’s home was reportedly raided by police in connection with an investigation into a human trafficking ring. Despite this report, there have not been any formal charges raised against the former kickboxer with regard to human trafficking as of the time of writing.

Another allegation being raised against Tate is that his online courses, dubbed Hustler’s University 2.0, is actually a multi-level marketing scheme designed to funnel money directly to the Tate family. On July 19, 2022, Tate posted a since-removed YouTube video titled “THE TATES ADDRESS ALL RUMOURS” where he vehemently denied being involved in fraud or human trafficking.

Even if the aforementioned claims about Tate aren’t true, there is plenty of evidence to support his de-platforming from major social media channels. By spreading hate speech, Tate has influenced an entire generation of perpetually online young men to propagate ideas that encourage violence against women and have no place in modern society, as perfectly expressed by this group of teachers on Reddit worried about his impact on their students.

As of now, only time will tell if Tate’s de-platforming actually silences him or empowers him further.