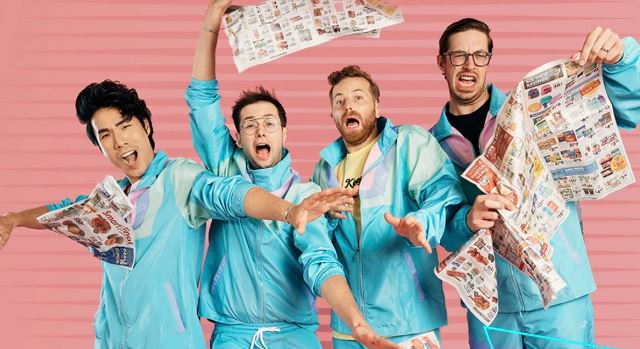 What happened to the Try Guys and why is Ned Fulmer departing amid his cheating scandals. Here’s what we know.

The crew started out under the BuzzFeed umbrella and later cut ties to embark on building their own identity. As a result, the group has built an impressive YouTube fanbase of nearly 8 million subscribers, thanks to their reputation for trying anything under the sun for a few laughs. And with YouTube views and advertisements comes the opportunity of collecting major coins. Plus, their Food Network show, No Recipe Road Trip, comes in major clutch on the financial front.

Ned is no longer working with the Try Guys.

On Sept. 27, minutes before Ned’s own statement, the Try Guys announced via Twitter that Ned is no longer working with the group.

“Ned Fulmer is no longer working with The Try Guys,” the statement reads. “As a result of a thorough internal review, we do not see a path forward together. We thank you for your support as we navigate this change.”

While many fans think this kind of cheating scandal is really a personal issue, it’s worth remembering that Ned has fostered an image as the ultimate wife guy. What’s more, he even roped Ariel into creating content for the platform, which only makes the whole thing feel even weirder, and makes it both a personal problem and a business one.

The Try Guys are shifting to one video a week.

The Try Guys recently announced that they were shifting their schedule and only releasing one video a week moving forward. This news was surprising to some, and it comes after some internet sleuths discovered that Ned seems to have been edited out of several pieces of content that he originally appeared in.

This new strategy shift likely has to do with Ned’s cheating scandal. He has always been an integral part of their content and was probably very much involved in all planned videos … until now.