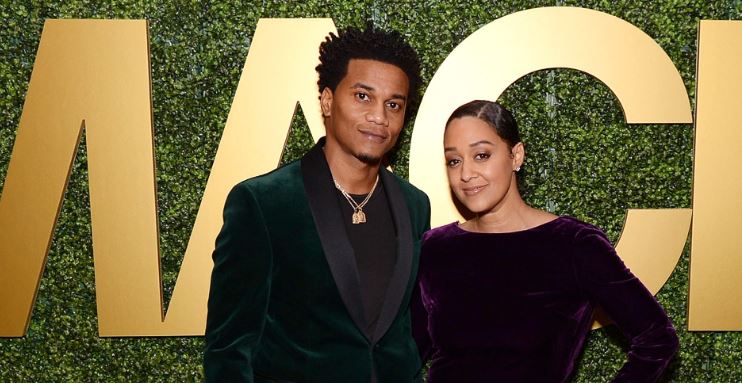 News of the couple’s split came as shock to fans as the two seemed to have a happy home. Following their announcement, fans are curious to see how their divorce proceedings play out. So, why are Tia Mowry and Cory Hardrict separating?

Why is Tia Mowry divorcing her husband Cory Hardrict?

It’s over for Tia Mowry and Cory Hardrict.

The couple have split after 14 years of marriage, according to a statement shared by Tia on Oct. 4. “I wanted to share that Cory and I have decided to go our separate ways,” she wrote on Instagram. “These decisions are never easy, and not without sadness. We will maintain a friendship as we co-parent our beautiful children.”

The actress added, “I am grateful for all the happy times we had together and want to thank my friends, family and fans for your love and support as we start this new chapter moving forward in our lives.”

In divorce papers filed on Oct. 3 and obtained by E! News, Tia cited “irreconcilable differences” as the reason for separation. She also requested legal and physical joint custody of their children—son Cree, 11, and daughter Cairo, 4—and asked to terminate the court’s ability to award spousal support, citing a premarital agreement.

How did Cory Hardrict and Tia Mowry meet?

Tia first met Cory when he appeared on a 1996 episode of Sister, Sister. The two started dating in 2000, when Tia had wrapped her popular sit-com with twin Tamera Mowry. At the time, Cory was trying to break out in Hollywood while working part-time as a K-Mart security guard.

“That’s when I was just grinding man,” the actor recalled to Global Grind in 2015. “I was waiting on a bus stop—after I shot my first film. Her sister and her drove by, they saw me waiting and asked to give me a ride. I was embarrassed. I was downtown. They gave me a ride and we were friends ever since. They took me to Inglewood, so that’s how that relationship started.”

The two tied the knot on April 20, 2008, after eight years of dating. They renewed their vows in 2013 during a romantic beach ceremony in Malibu, Calif.

Earlier this year, Tia celebrated their 14th wedding anniversary with a sweet tribute to Cory, writing on Instagram, “I’ve loved you for 22 years and I’ll love you for a million more.”