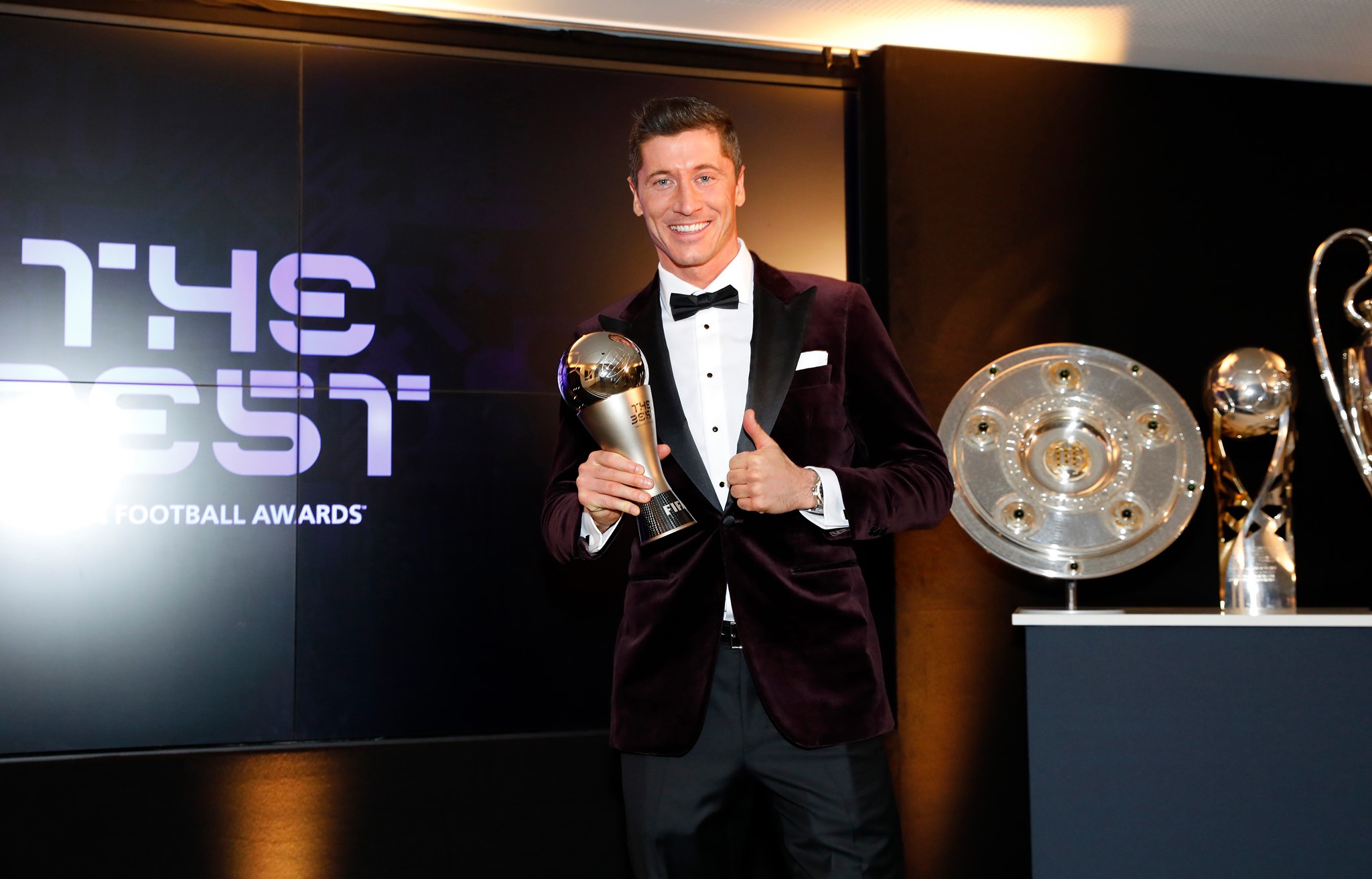 Robert Lewandowski for the second time in a row has been named FIFA Best Player for 2021, beating the likes of Argentine genius Lionel Messi and Egyptian sensation Mohamed Salah to the prestigious award.

A well-deserved award is given to the Polish and Bayern Munich striker for outrageous work done in the 2021 football season, breaking a record that has been in existence for the past fifty-one years, setting the record himself, and winning the German Bundesliga gave the 33-year-old the upper hand to take his second FIFA Best Player award in a row. Some key factors that led to Lewandowski winning his second FIFA Best Player award and;

1.Managed to score 51 goals and 8 assist in 45 games for Poland and Bayern Munich

Scoring goals has become part of Lewandowski’s habit lately, to score this amount of goals in such games indicates that the Polish striker is doing extra work to write his name in the history book of the game. To say, not all active strikers can pull up such stats in that amount of games but the 33-year-old striker is still showing his qualities at the highest level of the game.

This is what consistency means, trying to set goals at the beginning of every season and putting in much effort to accomplish. For the past three(3) seasons, the FIFA Best Player (Lewandowski) has been among the elite players that are performing mysteriously and have shown it at the top level. I can say Lionel Messi and Cristiano Ronaldo are the only players that have put up such numbers in their prime, even currently at their age. I think the Bayern Munich man should be proud for writing his name among the elite players in the world because not all active players can put up these numbers in their playing career.

Gerd Muller was one of the finest German footballers that ever played the game and his record which stood for fifty-one (51) years finally got marched and broken by Lewandowski the Polish and Bayern Munich striker in the 2020/21 season. Forty-one goals in a single Bundesliga season is no joke but Lewandowski proved he is capable of anything.

Without a doubt, Lewandowski is a world-class player, and for him to achieve this record just shows the kind of player he has developed into. His name is going to be written in the history book of the game alongside German Legend Gerd Muller.

3. Won the Bundesliga with Bayern Munich

Mostly is not about scoring goals but rather the performance he adds to his game to become better and better as the season goes by. Being part of a team that won the league for the 9th time is minding blowing.

The likes of Luis Suarez, Lionel Messi, Ciro Immobile, and Cristiano Ronaldo have all won the prestigious award, all these players are top qualities and world-class in their positions. Winning the European golden boot is very difficult and the reason is that as a player you’re competing against the big names in the top leagues around the world so if such award want to be achieved, it’s consistency that will dictate if you would be a contender to win the trophy.

It’s not the first time Lewandowski has fought for the European golden boot, in the 2019/20 season, Ciro Immobile beat him to the award with 36 goals, and with hard work, Lewandowski won the golden boot the following season with an astonishing tally of 41 goals in 29 matches just a player on another level with such a stats.

A player can’t win an individual award by themselves but rather the role of teamwork is very significant when it comes to this aspect of the game. Lewandowski should be proud of himself and be more motivated for this achievement, with determination and hard work, I think he will win more.