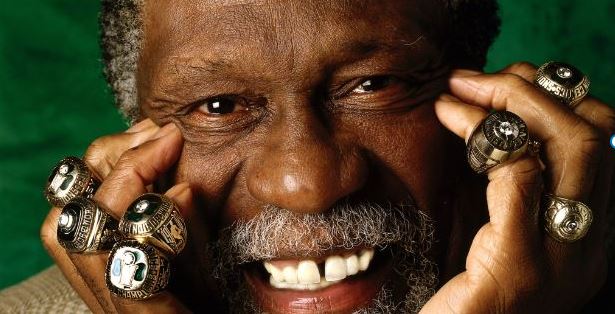 Former President Barack Obama responded to the death of Bill Russell on Twitter, Sunday, comparing the late NBA legend to Dr. Martin Luther King and Muhammad Ali. Obama had previously honored Russell with the Presidential Medal of Freedom in 2011, during his first term in the Oval Office.

“Today, we lost a giant. As tall as Bill Russell stood, his legacy rises far higher—both as a player and as a person,” Obama began a series of tweets about Russell.

He added: “Perhaps more than anyone else, Bill knew what it took to win and what it took to lead. On the court, he was the greatest champion in basketball history. Off of it, he was a civil rights trailblazer—marching with Dr. King and standing with Muhammad Ali.

“For decades, Bill endured insults and vandalism, but never let it stop him from speaking up for what’s right. I learned so much from the way he played, the way he coached, and the way he lived his life. Michelle and I send our love to Bill’s family, and everyone who admired him.”

Russell passed away at 88 years old on Sunday with his wife by his side, his family announced on social media. The 11-time NBA champion is widely considered one of the greatest basketball players of all time. He played with the Boston Celtics from 1956 to 1969. Throughout his career, he won five MVP awards and was selected to 12 All-Star teams.

What was Bill Russell’s net worth?

Bill Russell was reportedly worth $10 million at the time of his death, according to Celebrity Net Worth. It’s only a fraction of what professional players make today.

Despite winning eleven NBA championships with the Boston Celtics between 1956 and 1969, going to the All-Star game twelve times, and being named league MVP five times, Bill Russel hardly cracked half a million dollars at his peak. Firmex reported that Bill Russell was making $100K to $600K.