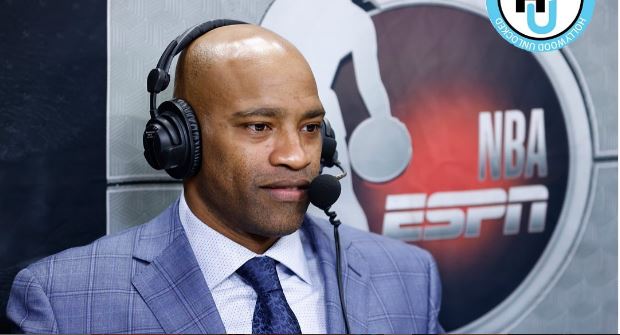 Former NBA player Vince Carter’s Atlanta home was reportedly burglarized on Sunday while his wife and children were inside the home.

According to the New York Post, a whopping $100k was stolen in cash, as Vince’s wife, Sondi Carter, and their two sons hid in the closet while their house was being ransacked.

According to an incident report which was released on Wednesday by the Atlanta Police Department, Sondi said she was laying in bed with her sons when she heard noises right outside of the family property at around 11:50 PM.

Sondi quickly ushered her kids into the bedroom closet where they hid while the suspects’ footsteps were heard coming up the stairs and entering various rooms.

Sondi called 911 and sent a message for help to the neighborhood patrol in Buckhead. The burglars were already on their way out of the building when an off-duty Atlanta PD officer noticed one of the suspects, whom he chased after until the thief hopped into an SUV and sped off.

More than $16k of $100 bills were spilled outside of the family’s gated home and an enormous $100k was taken, according to Vince, who retired back in 2020.